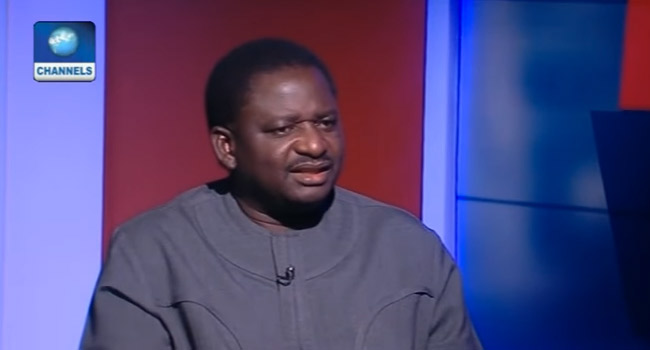 Mr Femi Adesina is confident that the recently launched ‘Cat Race Exercise’ by the military will go a long way in tackling the herdsmen and farmers crisis.

The Special Adviser to the President on Media and Publicity said this on Monday in a Facebook video.

“The exercise that the Nigerian Army called ‘Operation Cat Race’ had been announced and it takes off later this week in the North-central zone,” he said.

“It is expected that this would bring under control, to a large extent, the issues of farmers and herdsmen crisis and other ancillary security challenges in that zone.”

READ ALSO: Security Agencies Must Stay Ahead Of Criminals ‘At All Times’ – Buhari

The Army had said on Wednesday last week that the operation would run from February 15 to March 31 in Benue, Taraba, Kogi, Nasarawa, Kaduna and Niger states.

Giving a brief on the Security Council meeting chaired by President Muhammadu Buhari, Adesina said issued considered include the farmers-herdsmen crisis in different parts of the country.

According to him, others are cattle rustling, kidnapping, banditry, as well as anything that constitutes security challenge, while the intention is to tackle the issues.

The President’s spokesman noted that the recent efforts by his principal have shown that he was not enjoying himself in his air-conditioned home and doing nothing about the killings reported in the country.

He, however, maintained that President Buhari is up and doing in addressing the security challenges which he said were giving him a lot of concern.

Mr Adesina further assured Nigerians that the Federal Government is working hard to reduce the crisis to the barest minimum, if not completely controlled totally.

He posted the video hours after the President held an expanded security meeting attended by Vice President Yemi Osinbajo and some ministers, in addition to the security chiefs in Abuja.

Meanwhile, in a series of in tweets, President Buhari had ordered all security agencies in the country to be proactive in their duties and stay ahead of criminals at all times.

He also directed them to step up their efforts, as well as take intelligence gathering and sharing, much more seriously.

Insecurity: Even Zulum Will Tell You The Situation Is Better Than In 2015, Says Adesina

Buhari At 78: If Only We Knew This President, “By Femi Adesina”