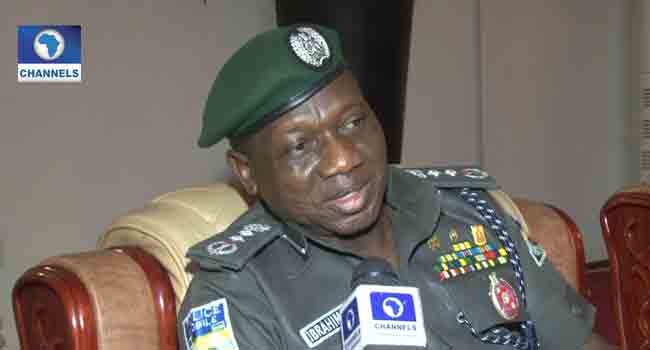 The Inspector General of Police (IGP) Ibrahim Idris, has vowed to conduct a thorough investigation into the recent killings in Zamfara state.

Mr Idris who is in Zamfara state to assess the security situation and commiserate with the people of the state described the development as worrisome.

The IGP during his visit met with the Emir of the affected community, Abubakar Muhammad, he asked the people to assist the police in fishing out the perpetrators of the act.

He said it is highly discouraging to be witnessing such situation.

While the Emir on his part said, “We in Zamfara are not in any way looking for any sympathy visit” attributing the attack to the police negligence.

But assured of his support, assistance and cooperation with the police in fishing out the perpetrators.

In an interview with the district head of the affected Birane village, Abdulkadir Ibrahim says 38 persons were killed in the consecutive attacks so far.

At least 18 persons were reported to have been killed by gunmen in Birane village of Zurmi Local Government Area of the state this week.

The Public Relations Officer of the command, DSP Muhammad Shehu, confirmed to Channels Television that the attack was a reprisal.

Shehu said the trouble started on Tuesday when hunters from Birani village of Zurmi Local Government Area intercepted and accosted a herder in the bush with some cattle and sheep suspected to have been stolen.

The cattle rustlers according to Shehu, however, ran away to later return to Isah Local Government Area of Sokoto State, mobilised bandits to attack the hunters.