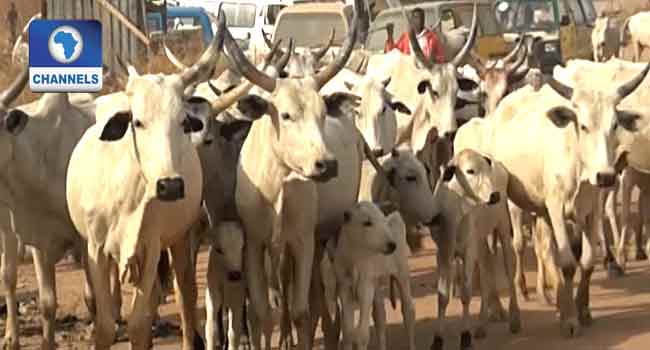 The Federal Airports Authority of Nigeria (FAAN) has tendered an apology to Air Peace Airlines and its passengers for a runway incursion incident that prevented an Akure airport bound flight from landing for some minutes.

Cows were said to have invaded the runway on Saturday, preventing the aircraft from landing.

However, shortly after, normalcy was restored and the aircraft was able to land safely.

The agency which lists safety, security and comfort as its core values, therefore, pleaded with the passengers and assured the general public that there would be no recurrence of such.

A statement signed by the General Manager, Corporate Affairs (FAAN), Henrietta Yakubu, read: “FAAN wishes to apologize to Air Peace Airlines and our esteemed passengers for a runway incursion incident that prevented an Akure airport bound flight from landing for some minutes.

“The Air Peace flight, which left Lagos for Akure could not land immediately as some cows had strayed into the runway of the airport.

“However, normalcy was restored quickly, as officers of the aviation security department quickly dispersed the cows from the runway and the aircraft was cleared for landing.

“The Authority will like to assure travellers and the general public that efforts are already ongoing to close the gap that aided this incident”.

This comes amidst agitations over the anti-open grazing law and the Federal Government’s proposed plan to establish colonies in different parts of the country to prevent cattle from straying.

It also comes at a time when Nigerians are aggrieved over the rising massacre of innocent farmers and villagers in parts of the country by suspected Fulani herdsmen.

Some have blamed the rising massacre on the implementation of the anti-open grazing law but on the other hand, the Federal Government’s proposed policy of establishing grazing locations to curb the menace; (what some have termed as colonies), has received major criticism.

While the anti-open grazing law remains enforced in some states like Ekiti and Benue, the common hope of many Nigerians is that whatever decision the Federal Government eventually comes to, is one that is able to bring a stop to the mass killings which some say is gradually growing into an act of terrorism.