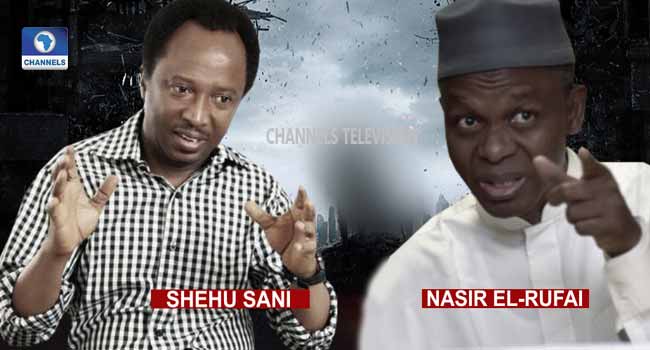 The crisis rocking the Kaduna State chapter of the All Progressives Congress (APC) deepened on Sunday as a new faction emerges in the state.

The new faction is formed by members loyal to the two suspended APC Senators Suleiman Hunkuyi and Shehu Sani in the state. The new faction has opened a new State party Secretariat in the Kaduna State capital and appointed interim leaders to run its affairs.

The Kaduna APC had on Friday suspended Senator Hunkuyi and expelled 28 others from the party for alleged anti party activities. They were alleged of being involved in creating a parallel organ outside the State Working Committee and conducting themselves in a manner that is not in tandem with the party’s constitution and manifesto.

The Kaduna APC in December 2016, suspended the Senator representing Kaduna central zone, Shehu Sani, indefinitely from the party for the same offence, and is yet to lift his suspension till date.

At a meeting of the Kaduna State APC held at its Secretariat located along Ali Akilu way in the state capital on Sunday. The meeting had in attendance the state deputy governor, Bala Bantex, Speaker and members of both state and National Assembly, members of the state working committee and other stakeholders.

The party’s acting secretary, Baba Pate said Senator Suleiman Hunkuyi will not participate in all the party’s activities within his six months of suspension, until he shows reason why he should be reabsorbed into the party.

Pate also announced that the party will no longer have any dealings with the 28 expelled members.

However, the Suleiman Hunkuyi and Shehu Sani camp are not taking their suspension lightly, as they have created a faction of the party and opened a parallel office along Sambo close, also in the state capital.

On Sunday, members of the faction met and announced the suspension of Governor Nasir El-Rufai from the party for the same six months period over what they describe as unilateral imposition of candidates for the forthcoming local government election.

The Acting Chairman of Hunkuyi Faction, Danladi Gwada said Hunkuyi and other members of the new faction during the meeting insisted that their camp   remains the duly recognised faction by the APC National leadership and cannot be said to be suspended by the other group.

The group, while stating that it remains open for dialogue and reconciliation with the other faction loyal to the governor, however expresses hope in the ability the Senator Ahmed Tinubu National Reconciliation to settle the crisis before it gets out of hand.

Kaduna State is one of the states in the north west zone with the second largest voting population after Kano.  Ahead of the 2019 elections, political analysts caution the two camps to toe the part of  reconciliation and resolve to work together for the victory of the APC at the polls or risk being defeated.

I Am Working For APC’s Victory In Kogi Governorship Election, Says El-Rufai