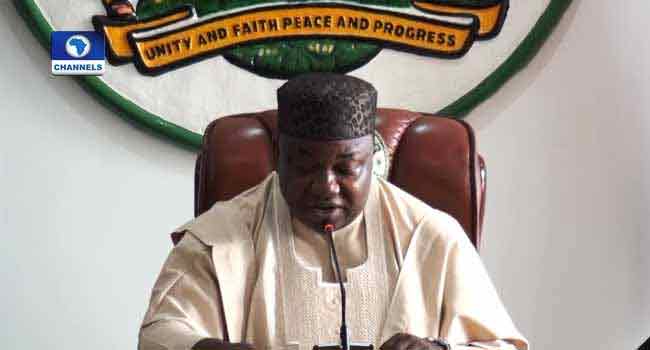 Governor Ifeanyi Ugwuanyi of Enugu state, has  signed the 2018 budget of N103.5 billion, recently passed by the House of Assembly into law.

The governor promised that the budget will be fully implemented for the benefit of the people and to ensure a sustainable development of the state.

During the signing which took place at the Government House, Enugu, Ugwuanyi noted that the House after due deliberation on the budget and consideration of the defence by the various ministries, MDAs, Parastatals and all concerned with the budget, increased the budget size from N98,563,500,000 to N103,563,500,000.

Furthermore, he commended the members of the House for the speedy and considerate passage of the budget and the “wonderful” cooperation they have accorded the state government since inception.

He also expressed appreciation to the people of the state, whom he described as the true heroes of democracy, for the opportunity to serve and their “unwavering” support and prayers for his administration, reassuring them that his promise to deliver good governance and selfless service to the state remains sacrosanct.

“Mr Speaker, Honourable Members, I equally wish to assure you of our commitment to the full implementation of this budget as we are fully aware that this will enable us realize all the objectives that we have set down in it for the benefit of our people and for the rapid and sustainable development of our dear state,” Ugwuanyi said.

Earlier in his remark, the Speaker, Honourable Edward Ubosi, commended Gov. Ugwuanyi for the modest budget, which he said reduced both the internal and external borrowing to 16 percent, describing the governor as a good manager of finance.

He stated that the budget will not put the state in “a very tight condition” and “cannot hang any debt on us”.

Ubosi further explained that the Appropriation law was increased by N5 billion to accommodate road projects that need urgent attention such as the Nkalagu-Eha-Amufu federal road at Isi-Uzo Local Government Area and other roads across the three senatorial districts of the state.

He also applauded the state’s Board of Internal Revenue led by Prince Emeka Odo for its innovation and resourcefulness in generating income for the state.

The Speaker equally appreciated members of the State Executive Council, especially the commissioners for their “wonderful” cooperation and support during the budget defence, stressing that the synergy was unprecedented and commendable.

Also present at the budget signing were the Deputy Governor, Mrs Cecilia Ezeilo and other members of the State Executive Council; members of the House of Assembly, state Chairman of the Peoples Democratic Party (PDP), Hon. Augustine Nnamani, among other top government functionaries.