Most Nigerians Who Pay Tax Are Low Income Earners – Adeosun 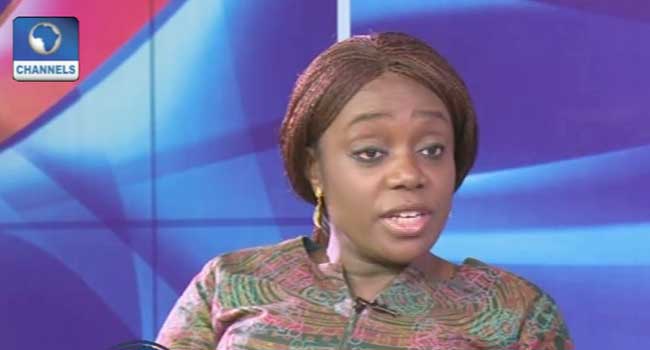 The Minister of Finance, Kemi Adeosun has given the importance of the Voluntary Asset and Income Declaration Scheme (VAIDS) by the Federal Government saying most Nigerians who pay their tax are low-income earners.

The Finance Minister said those who pay tax in Nigeria are low-income earners and salary earners whose taxes are deducted at source.

Speaking on the issue of tax payment during her appearance on a special Channels Television programme, The Core, on Wednesday, Adeosun said VAIS is justified as it pursues Nigerians who earn and have acquired more assets and income.

“Most of the taxpayers we have in Nigeria today are salary earners. They are about 94% of our taxpayers. I think we have about 14million taxpayers and 13.5million are pay as you earn. So, those are people whose income tax is being deducted at source. These are largely low-income earner.

“So would it be fair for those who made the most and have the most to be forgiven? Because if we do that, then we should also refund those who have actually paid their taxes. In the spirit of fairness, we think it is right the way we designed it,” she said.

VAIDS is a Federal Government initiative for assets declaration and in exchange for fully and honestly declaring previously undisclosed assets and income, taxpayers benefit from forgiveness of overdue interest and penalties.

The Minister said VAIDS is user-friendly as those coming to declare assets enjoy agreement to make payment in installment.

She said the scheme is to hunt those making money and not paying tax.

“In our experience, we find out that those who have really stolen money do not come out to declare for tax. They hide under the radar.

“What we found out largely is that because our economy is so informal, there were just a large number of people making money and not paying anything over a long period of time,” she said.

VAIDS according to the Minister is a tax amnesty. She explained it basically require people who have complaint issue to declare fully and honestly. In exchange, they are not be prosecuted or audited or charged penalties. “It is a focus on tax and revenue generation,” Adeosun added.

Debunking allegations that the scheme is a tool by the Federal Government to witch-hunt political opponents, Adeosun said the VAIDS is not a political agenda but solely aimed at raising funds for the nation’s development.

“We are not following the money, we are not asking how much did you earn? We are saying, this asset, whether it’s in Nigeria or overseas, how did you fund it?.

“When it comes to tax, there is no Peoples Democratic Party (PDP) or All Progressives Congress (APC). It is an equal opportunity, an amnesty. It is not a political tool, we want money to develop our country.”

The Minister of Finance has earlier revealed plans to aggressively go after tax evaders to prosecute them and publicly reveal their identities. She said on Thursday, March 1 during the VAIDS Stakeholders symposium at the Shehu Yar’Adua Centre, Murtala Square, in Kaduna State that tax evaders will be prosecuted, named and shamed.

Adeosun Has Taken The Path Of Honour – APC