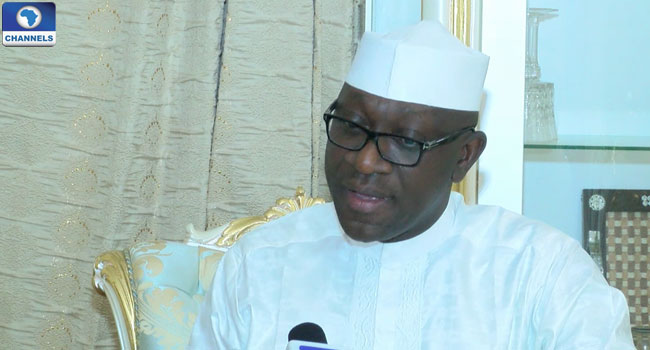 The House of Representatives has lifted the suspension of the former Chairman of the Committee on Appropriation, who is also representing Bebeji/Kiru Federal Constituency of Kano, Abdulmumin Jibrin.

Speaker of the House, Yakubu Dogara while presenting a letter from the suspended lawmaker said that Rep. Jibrin had met all the conditions necessary for him to resume.

According to Dogara, “He has fulfilled all the conditions by writing a letter to the House so he is free to resume his duties whenever he wants, if he so wishes”

Rep. Jibrin was suspended on September 28, 2016, for a period of 180 legislative days for allegedly breaching the practices and precedents of the House of Representatives.

He was barred from positions of authority in the House till the end of the 8th Assembly.

Rep. Jibrin had accused some principal officers of the House, including the Speaker, Representative Yakubu Dogara, of padding the 2016 budget.