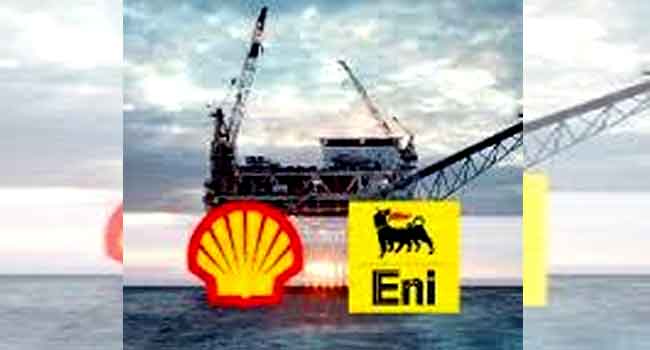 According to the group, the oil giants under-reported the number of spills in the last seven years and also attributed the causes to activities of militants and oil thieves.

But findings by pipeline experts, accufacts, which carried out the investigation on behalf of Amnesty International, also blamed the spills on pipeline corrosion.

Part of the report also accuses the companies of responding late to reports of oil spills.

It added: “We consider Shell and Eni to be deliberately reckless and therefore wilfully negligent in their operations in Nigeria – their failure to operate in line with Nigerian law and best practice standards is having a devastating impact on the human rights of Niger Delta communities.”

Amnesty International is, therefore, calling on the Nigerian government to strengthen its regulation of the oil industry, including the oil spills agency, NOSDRA, with adequate tools to ensure that the oil companies prevent and clean up spills.

The call was made after crowd-sourced analysis of the companies’ publicly available documents on pipeline failures in the Niger Delta region.

Activists who pored over reports found that since Shell began publishing details in January 2011, it had 1,010 spills amounting to 110,535 barrels or 17.5 million litres of crude.

The companies blamed “third party interference” — either sabotage of pipelines by militants or the theft of crude known locally as “bunkering” — for most of the spills.

But Amnesty’s business and human rights researcher Mark Dummett said the companies’ claims to be doing all they can to prevent spills were at odds with the analysis.

“(Researchers) found that the companies often ignore reports of oil spills for months on end — on one occasion ENI took more than a year to respond,” he said in a statement.

“The Niger Delta is one of the most polluted places on Earth and it beggars belief that the companies responsible are still displaying this level of negligence.

“Adding insult to injury is the fact that Shell and ENI seem to be publishing unreliable information about the cause of extent of spills,” he added, accusing both firms of “recklessness”.

Allegations about misreporting, including under-estimating the amount of oil spilled, are significant as they could affect claims for compensation for local communities.

In January 2015, Shell agreed to pay £55 million ($77 million, 62 million euros) in compensation to more than 15,500 people affected by oil spills in the Ogoniland area of Rivers state.

The case saw the company admit the spills were greater than first reported.

Oil companies are required to make an initial assessment of any spill within 24 hours of detection, put in place measures to prevent wider contamination and clean up spills swiftly.

But the analysis indicated Shell responded within 24 hours on only 26 per cent of occasions during the period in question, while ENI did so on 76 per cent of times.

The risk of contamination of food and water sources increases the longer the response time to spills.

Many spills happened in the same area. ENI, for example, had 262 spills on its 92-kilometre (57.5-mile) Tebidaba-Brass pipeline in Bayelsa state.

ENI blamed sabotage for 260 of the spills but the company was warned multiple times to improve surveillance, it was alleged in Amnesty’s report, “Negligence in the Niger Delta”.

Shell rejected the allegations, saying they were “false, without merit and fail to recognise the complex environment in which it operates”.

ENI similarly rejected claims that it was failing to take prompt action or was providing unreliable or misleading information.

It said spills were down by more than 50 per cent last year compared to 2014.

774,000 Jobs: Lawmakers Not Empowered To Give Directions To Executive, Says Keyamo