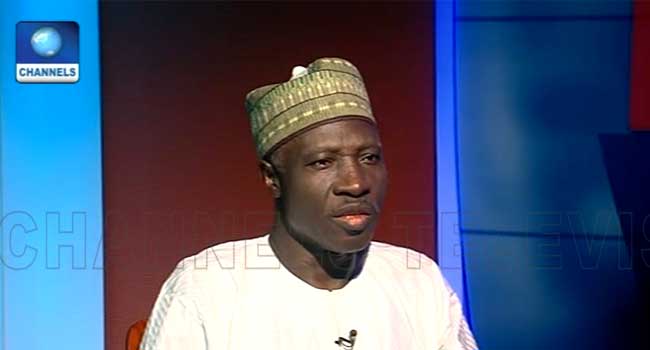 The Nigerian Senate was thrown into mourning on Saturday after the death of one of its members representing Bauchi South Senatorial District, Senator Ali Wakili.

The Senate President, Dr Bukola Saraki, described Senator Ali Wakili as a vibrant lawmaker and a public servant who is very passionate about his assignment and engagement in the Senate.

He said that his contributions at the plenary were very incisive and rich.

The Senate President through his spokesman Yusuph Olaniyonu, expressed shock over the death of the Senator.

“Senator as a vibrant lawmaker and public servant who was very passionate about his assignment and engagements in the Senate, especially his Chairmanship of the Senate Committee on Poverty Alleviation and other committees where he was a member.

“Mallam Ali Wakili is one lawmaker you can never be in doubt where he stands on a particular issue.

“He spoke his mind fearlessly, his contributions at plenary were always very incisive and rich. I find it difficult to acknowledge that he will not resume plenary with us next Tuesday.”

“My heart goes out to his family, the 8th Senate and the government and people of Bauchi State over the loss of this conscientious and patriotic Nigerian. He shall be sorely missed,” he added.

He has since visited the residence of the Senator in Abuja where he commiserated with his immediate and extended family members.

The President of the Senate prayed Allah to grant Mallam Wakili a place among the righteous in Aljannah Firdaus and his family and loved ones the fortitude to bear this irreparable loss.

Another Senator Representing Lagos East Constituency. Chairman, Senate Committee on Land Transport, Gbenga Ashafa,  has also condoled with the family of the Senator.

My heart and prayers remain with the Wakili family and the constituents of Bauchi South Senatorial District in this time of grief.

He took to his twitter handle to say, “My heart and prayers remain with the Wakili family and the constituents of Bauchi South Senatorial District in this time of grief”.

Senator Wakili was reported to have slumped on Saturday morning at his Gwarimpa residence in Abuja, the nation’s capital.

He was immediately rushed to a nearby hospital but died on the way before getting emergency treatment.