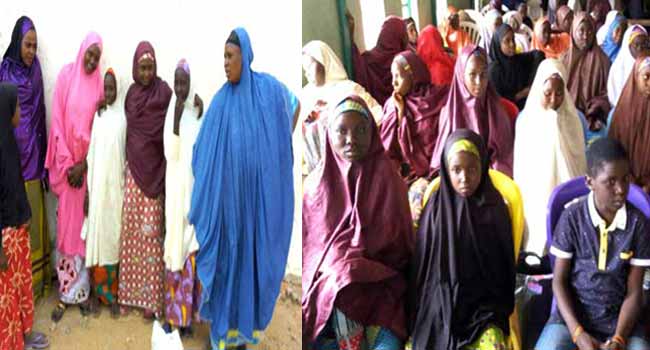 The schoolgirls who were abducted by the Boko Haram from the Government Girls Science Technical College (GGSTC) Dapchi have reunited with their parents.

The students were on Sunday handed over to their parents at the Assembly Hall of the school in Dapchi the headquarters of Bursari Local Government Area of Yobe State. 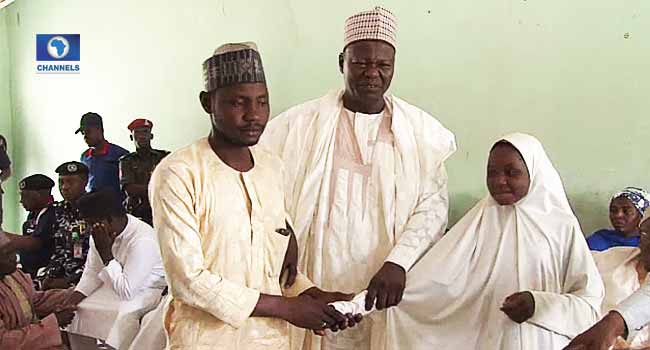 A member of the House of Reps Hon Bukar Goni, who presented the children to the state Governor Ibrahim Gaidam represented by the State Commissioner of Information Mala Musi, says over a hundred of the number presented are students of the school while two are children living in the staff quarters of the institution.

He called on parents of the students not to be deterred by the abduction saga as the government has set up the necessary measures to forestall a re-occurrence.

Mr Goni thanked all Nigerians for standing behind the people of the area throughout its trying times.

The Dapchi schoolgirls were released on Wednesday, March 21 after being held captive by the Boko Haram. 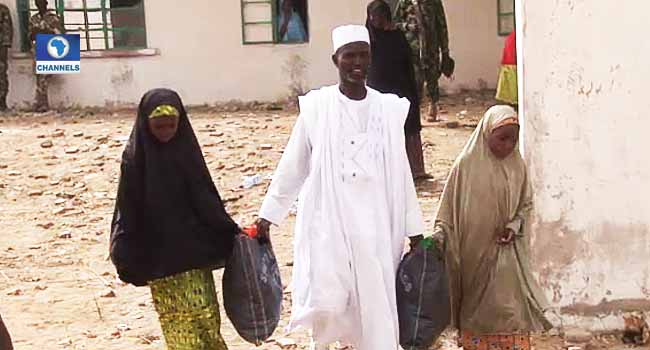 Although two girls were said to have died as a result of the trauma while one of them was not released.

However, one of the girls told Channels Television in an interview on Wednesday, hours after their arrival that they were not maltreated throughout the period in captivity. 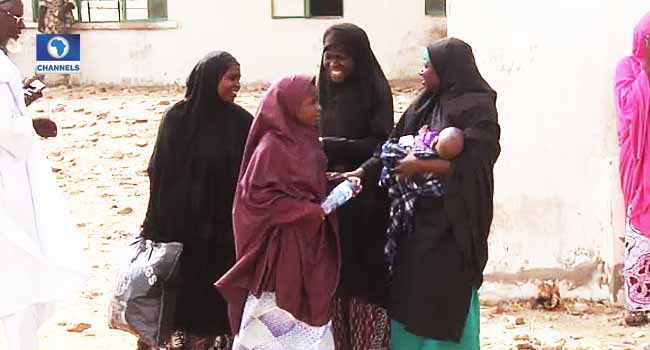 President, Muhammadu Buhari, last Friday met with the freed schoolgirls and others who recently regained freedom from the Boko Haram terrorists.

He received them as well as a boy and one other girl at the Presidential Villa in Abuja, Nigeria’s capital.

During the meeting, the President advised the schoolgirls to pursue their dreams without fear.