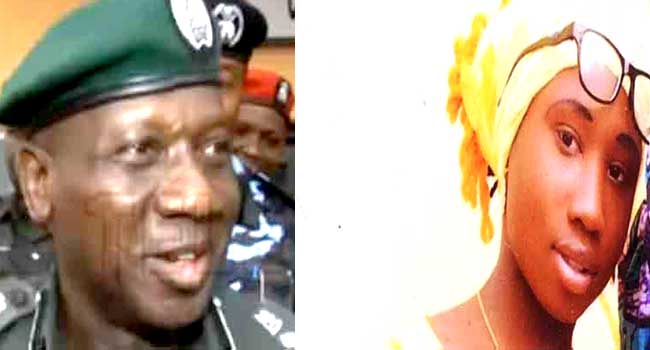 The Nigeria Police Force has recanted the statement by the Inspector General of Police, Ibrahim Idris, suggesting that the last Dapchi schoolgirl was on her way back.

The IGP on Saturday said, he had been scheduled to travel to Dapchi but shelved the trip so as not to jeopardize her release.

“I am supposed to go to Dapchi today, let me be sincere with you but because of the girl (Leah Sharibu) that I learnt here will be released today,” he said.

“It is a sort of understanding that we don’t create much security (anxiety) there. By the time I fly (in a helicopter) there, they will think I broke (in) and that is why I had to postpone the visit to Dapchi.”

But in a statement on Sunday, the Force Public Relations Officer, ACP Jimoh Moshood, claimed the IGP’s statement was “misunderstood and misquoted.”

Moshood, an Assistant Commissioner of Police, said the misunderstanding could be partly because residents of the area anxiously awaited the safe return of the already released students.

The students, he noted, could not get to Yobe State owing to what the police termed as may be as “weather condition.”

The IGP was in Maiduguri to visit the Theatre Commander Operation Lafiya Dole in the fight against insurgency in the troubled northeastern part of the country.

Leah Sharibu, was however reportedly held back for refusing to denounce her Christian faith but the government promised to do everything possible to secure her release just like the rest.