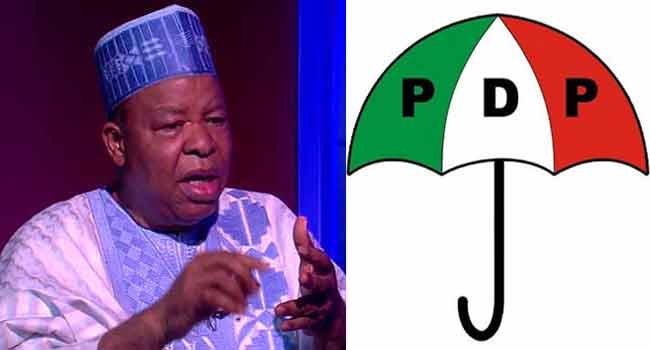 The All Progressives Congress (APC) has called on members of the Peoples Democratic Party (PDP) to confess their sins against the country.

The ruling party said this in a statement signed on Saturday by its National Publicity Secretary, Bolaji Abdullahi.

The statement comes one day after a PDP chieftain and former Deputy Senate President, Senator Ibrahim Mantu, revealed how he helped his party to win elections in the past.

Senator Mantu, who pronounced himself as a born-again politician in 2017, had “confessed to the truth” that he helped to rig elections by providing financial inducements to officials involved in the conduct of the polls.

He had also admitted to having bribed electoral and security officials, even agents of other political parties in order not to raise any objection to the outcomes of the elections.

We’ve Learnt From Our Mistakes, PDP Apologises To Nigerians

The APC further challenged other members of the opposition party to stop indulging in name calling and follow the example of the former Deputy Senate President.

It also accused the opposition of being burdened by guilty conscience, saying that was why their National Chairman apologised to the nation.

The ruling party said while it noted the apology, members of the PDP should go a step further and confess their sins before restitution could be considered.

“Instead of taking this path to redemption, PDP has engaged in fruitless “you too” accusations and name-calling.

“This is further evidence that PDP is not ready for repentance and only offered the apology with the hope that Nigerians will grant them amnesty and a short-cut back to power,” APC said.