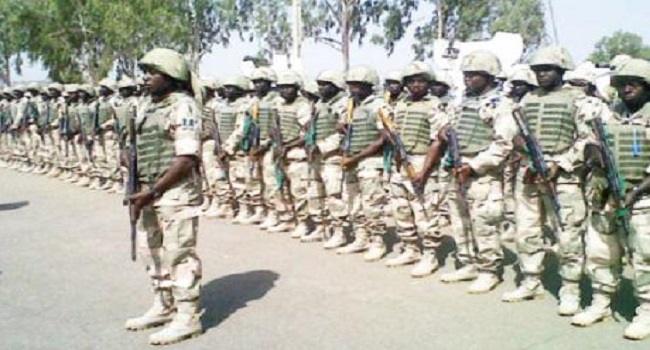 Chief of Training and Operations, Major General David Ahmadu during the launch of the operation in February 2018 had said it will run from February 15 to March 31.

The military in a statement on Monday, however, extended the operation by two months.

The extension of the operation, the military said is part of efforts to sustain peace in the North Central region of the country troubled with incessant killings.

The states in which the operation is carried includes Benue, Taraba, Kogi, Nasarawa, Kaduna and Niger states.

In a statement signed by the Director, Army Public Relations, Brigadier General Texas Chukwu, the military said the extension was necessary due to the success it has achieved so far and calls by some Nigerians.

“The extension is based on the need to further consolidate on the gains achieved so far by the Army in aiding the nation’s civil authority to maintain peace and security and due to calls by well-meaning Nigerians.

“The Nigerian Army is, therefore, asking the general public especially residents of Taraba State to cooperate with the troops by giving useful and timely information aimed at facilitating the execution of their constitutional duties,” the statement read in part.

Operation Cat Race, which was kick-started in February 2018, is aimed at curbing conflicts and other criminal activities in the north central.

The several killings involving farmers and herdsmen in the north-central region of the country has resulted in several deaths and destruction of property worth millions of naira.