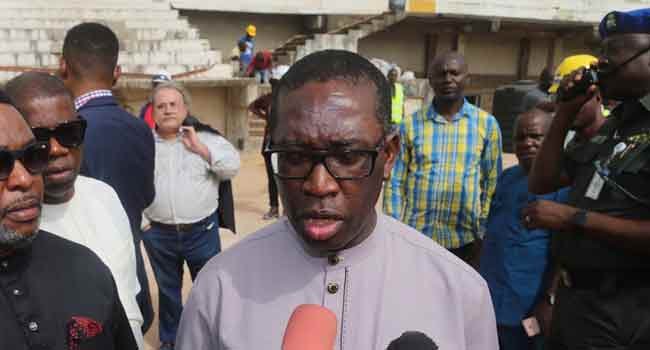 The governor who said this on Thursday in Asaba also revealed that the Stephen Keshi Stadium, venue of the championship, would be ready for use in May.

He spoke to reporters in the state capital during one of his periodic visits to inspect the ongoing construction work at the stadium, with a view to ensuring that the contractor works according to schedule.

As part of preparations ahead of the tournament which takes place in August, Governor Okowa reiterated his commitment to ensuring that all is set and in place for the upcoming competition.

“I am told by the contractors that looking onto the month of May, they should be completing this project and I believe that once the stadium is completed, some of these national assignments and competitions will also take place here.

“The President of the Nigeria Football Federation (NFF) has already spoken towards that because once something is good, it cannot be hidden,” he said.

The governor further revealed that the state government is planning to promote sporting activities in its effort to engage the youths with more productive activities.

Accompanied some top government officials, Okowa inspected some facilities at the stadium which include grassing for field, construction of the tartan tracks, the VIP lounges, and training areas among others.

The Stephen Keshi Stadium, Asaba has a sitting capacity of 22,000 and it is expected to serve the purpose of the athletics championship.

Athletics, Swimming To Be Only Compulsory Sports At Commonwealth Games