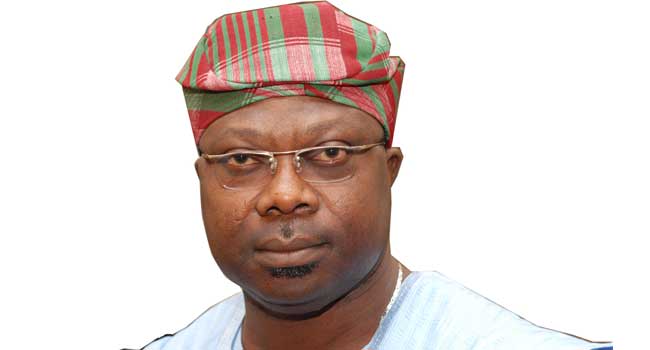 Leaders of the Peoples Democratic Party (PDP) in Osun State have given former deputy governor of the state, Iyiola Omisore a 72-hour ultimatum to apologise for allegedly supervising the burning of the party’s flags in Osogbo on Thursday.

The leaders on Friday threatened to initiate disciplinary actions against Omisore if he does not apologise for the alleged act.

The crisis in Osun PDP took a surprising turn on Thursday when some aggrieved members who are allegedly loyal to the former deputy governor burnt the party’s flag at its factional Secretariat in Ogo-Oluwa Local Government Area.

Spokesperson of the leaders, Tajudeen Adeyemi told journalists on Friday that they were shocked, saddened and disappointed at the development.

The leaders, however, jointly issued the 72-hour ultimatum to the former governor saying no one is above the interest and ambition of the party.

“That Otunba Iyiola Omisore must within the next 72hours condemn the barbaric action of the hoodlums who desecrated the PDP flag in his office yesterday and tender an unreserved apology to the leadership of the party for the unacceptable conduct.

“That Otunba Omisore must unequivocally state his stance on the continued membership of the party or otherwise rather in view of the conflicting statements emanating from his aides and confidants in the last 24hours.

“That in the event of Otunba Omisore choosing to remain in the PDP, he must within the same 72hours withdraw all court cases instituted by him through proxies and explore the internal mechanism in the party to resolve any grievances he has.

“That in the event of a failure of Otunba Omisore to do the above, we call the leadership of the party at all levels to take appropriate disciplinary action against him in order to show that no single individuals inordinate ambition is above the larger interest of the party,” the party leaders said.

The forum also tendered an apology to the National Chairman of the PDP, Uche Secondus for the conduct.

They assured that the burning of the party’s flag does not in any way represent the views and aspirations of the hundreds of thousands of PDP members in Osun state.