President Muhammadu Buhari says the remaining Chibok girls in Boko Haram captivity will not be forgotten as long as he remains Commander-In-Chief of the Armed Forces.

The President’s comments come a day to the fourth anniversary of the abduction of the girls from the Government Girls Secondary School in Chibok, Borno State.

In a series of tweets, the Special Assistant to the President on Media and Publicity, Mr Garba Shehu, said President Buhari assured the parents of the girls that “their daughters will never be forgotten or abandoned to their fate”.

“Don’t imagine for a moment that we have forgotten about our daughters or that we consider their freedom a lost course,” he quoted the President, who is in London, as saying.

More than 50 of them escaped shortly after their abduction and the Buhari administration negotiated and secured the release of 103 of the girls.

But over 100 of the girls are still being held captive with their parents and the Bring Back Our Girls Group continuing to call on the government to secure their release.

The President, who acknowledged that the process of rescuing the girl had taken long, blamed the delay on a breakdown of negotiations with Boko Haram terrorists.

He said, “We are concerned and aware that it is taking long to bring the rest of our daughters back home, but be assured that this administration is doing its very best to free the girls from their captors.

“Unfortunately, the negotiations between the government and Boko Haram suffered some unexpected setbacks, owing mainly to a lack of agreement among their abductors, whose internal differences have led to a divergence of voices regarding the outcome of the talks.”

Although he noted it was not the news the parents of the girls were expecting, he said it was best to be “as honest as possible” with them.

Despite the setback, the President said the government won’t give up.
“This government is not relenting. We’ll continue to persist, and the parents should please not give up. Don’t give up hope of seeing our daughters back home again. Don’t lose faith in this government’s ability to fulfill our promise of reuniting you with our daughters,” he said. 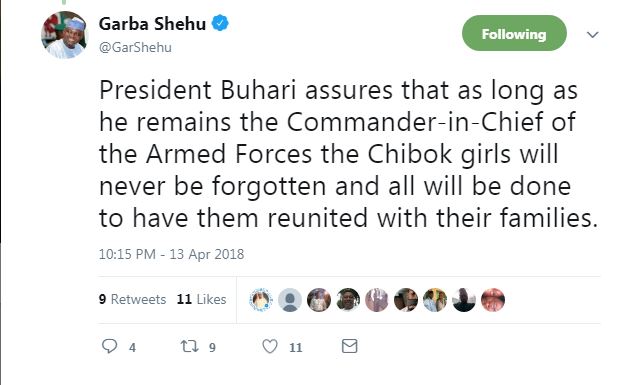 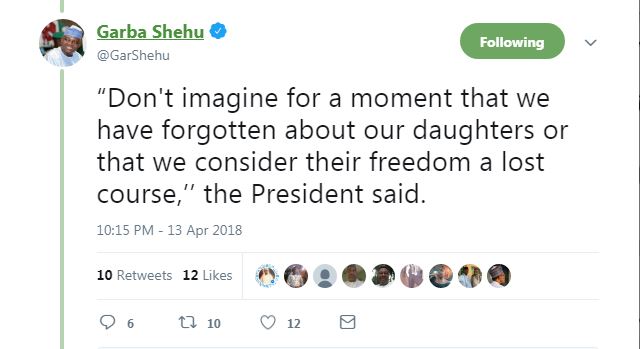