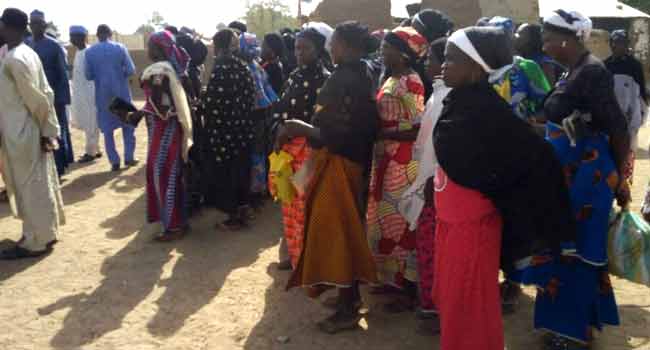 Parents of the abducted Chibok school girls are demanding for the release of their daughters and all other women and girls in captivity.

They made the appeal in a special ceremony they organised to commemorate the fourth year of their daughters’ captivity.

The women took their numbers on Saturday morning in a procession around the school where the girls were abducted four years ago.

The schoolgirls were abducted on April 14, 2014, from the Government Girls Secondary School, Chibok, a town in Borno state, northeast Nigeria.

Chairman of the Chibok Parents Association, Yakubu Nkeki appealed to the government to facilitate the fast release of the remaining girls in captivity.

He asked the FG to help in rescuing the remaining Chibok girls the same way their own daughters were rescued.

Some of the parents that have their daughters rescued commended the government for their support in their release.

Meanwhile, President Muhammadu Buhari has said that the remaining Chibok girls in Boko Haram captivity will not be forgotten as long as he remains Commander-In-Chief of the Armed Forces.

Since the abduction of the schoolgirls, the school has remained shut and desolate while the old buildings torched by the insurgents have all been demolished and new structures have sprung up.