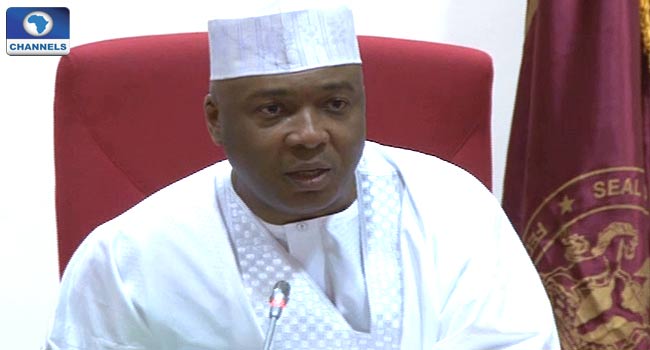 Senate President Bukola Saraki on Sunday said that he feels the pain of the parents of the remaining 112 Chibok Girls and the Dapchi schoolgirl, Leah Sharibu, who are still in Boko Haram’s captivity.

Saraki in a statement signed by his Special Adviser, Media and Publicity, Yusuph Olaniyonu, in Abuja, called for concerted efforts by governments, security agencies, religious and community leaders to ensure the release of the girls.

“As a parent, I feel the pains of these unfortunate young girls from Chibok and the latest one – Leah Sharibu – from Dapchi, their parents and the people and Governments of Borno and Yobe States over these harrowing experiences.

“However, all hope is not lost. We are all involved in this. Their return will give us joy while their continued stay in captivity will inflict us with perpetual torment of failure,” he said.

April 2018 marks four years remembrance of the over 200 schoolgirls who were abducted from the Government Girls Secondary School in Chibok by the insurgents. While many of the girls were released, a few others narrowly escaped the abduction.

The Senate President said although four years have elapsed since the sad incident of the Chibok girls’ kidnap, it must not dampen efforts being made to see the girls are rescued and reunited with their families and loved ones.

He called on the parents to remain steadfast adding that the government will never relent in efforts to see their daughters back home safely.

“This is no time for blame game or passing the buck. We must all gear up and work together to see these girls rescued within the shortest possible time. I believe that the last four years has given us ample time to reflect on the calamity, review our modus operandi – politically and militarily – and resolve to ensure that all Nigerians are adequately protected.

“Let’s fine tune the strategies that have won us successes and discard those that have failed us. The goal and focus must be clear – to rescue our girls and all those in forced captivity in any part of the country, and ultimately, to restore our pride as a sovereign entity.

“This is the time for all stakeholders to retool and re-strategise to ensure that all these girls are not only rescued but do all in our power to put a closure to all cases of kidnapping and insurgency in this land,” he said.

The President of the Senate also called on all Nigerians who can help to come to the aid of government and the security agencies on how to rescue the girls.

He also urged security agencies to keep people abreast of developments about the issue to avoid the speculations and talks like the one insinuating that many of the girls may have died.