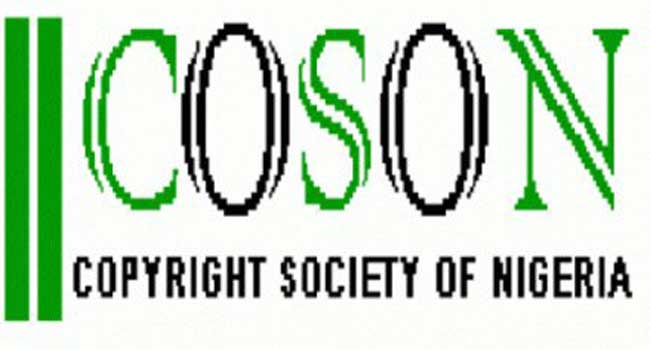 The Performing Musicians Employers Association of Nigeria (PMAN) on Tuesday called on the Nigerian Copyright Commission (NCC) to intervene in the lingering crisis rocking Copyright Society of Nigeria (COSON).

The group in the statement on Tuesday drummed up support for the factional chairman of COSON Efe Omorogbe.

They urged Tony Okoroji to step aside as Chairman and follow an earlier directive by NCC.

PMAN in the statement said Okoroji had been voted out as chairman by a valid COSON governing board and accused him of refusing to step aside despite that and “pronouncements and directives of Nigerian Copyright Commission (NCC) the Agency that regulates and License CMOs in Nigeria”.

Okoroji has since rejected calls on him to step aside. In an earlier interview with Channels Television, he insisted that he remains the substantive Chairman of COSON.

He has also dismissed all the allegations against him as a campaign by external interests seeking personal gains.

PMAN is, however, unhappy with Okoroji’s stand and the implication for COSON.

“It has become evident that Chief Okoroji has become a law unto himself, and COSON cannot be regulated under his leadership,” PMAN said in its statement.

The association added that stakeholders are concerned about the damage which the crisis will inflict on COSON’s management system and the creative industry in general.

Calling on the regulator

PMAN, therefore, called on the NCC to perform its duty as the regulator of COSON, and compel Okoroji and allow Efe Omorogbe to take charge of the affairs of the organisation.

Tu Baba in his petition said some members of the COSON’s board who are seeking accountability and transparency are allegedly being harassed and intimidated by police force after being allegedly masterminded by Okoroji.

Omorogbe is well known in the music industry as 2Baba’s manager for over than a decade.

Lai Mohammed Responds To PMAN: “I Will Sue For Defamation Of Character”