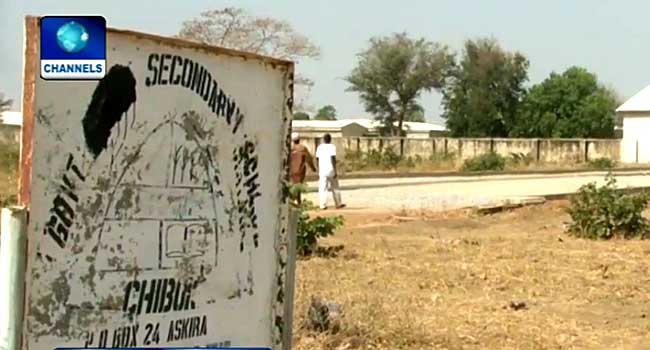 Ahmad Salkida, the journalist who is known to have access to the Boko Haram terrorist group, has said that 30 out of the remaining 113 abducted Chibok girls are alive.

He revealed the figure in a series of tweets on Tuesday, days after he had claimed that only 15 of the abducted girls in captivity were alive.

According to the journalist, the objectives his earlier tweets on Saturday which marked the fourth-year anniversary of the abduction of the schoolgirls included compelling the Federal Government and the insurgents to come clean with the information they have.

He, however, said one of the leaders of the Jama’atu Ahlis-Sunna Lidda’Awati Wal-Jihad (Boko Haram) has clarified the earlier information about 15 girls.

“Indeed, the 15 Chibok girls are available, but known to a particular cell that spoke to me emphatically days leading to the 4th anniversary,” Salkida said.

“However, two other cells within the larger group has brought additional information, clarifying the earlier information, that there are another 10 girls available to another cell. Outside of the 15 and 10, another five amongst the girls are also alive as at early hours of today (Tuesday), he added.

As the search for the missing Chibok girls continues, the reporter disclosed that the group told him the set of five has asked not to be considered amongst those likely be included in any possible release in the future.

He said this was because they have apparently become permanently embedded in the doctrines and teaching programs of the terrorist group.

Meanwhile, the Federal Government had earlier dismissed Salkida’s claim of only 15 Chibok girls still living, through a statement from the presidency.

According to the statement by the Senior Special Assistant to the President on Media and Publicity, Mr Garba Shehu, the information is not available to the government, either from the captors of the girls or the international Negotiators working with the government.

Salkida, in his reaction, faulted the government for the statement which he described as ‘disappointing’, given the machinery available to it.