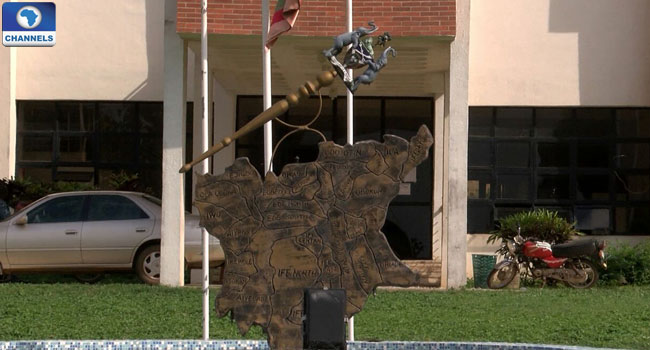 The Osun state House of Assembly has passed the 2018 Appropriation bill of one hundred and seventy-nine billion naira into law.

The passage of the budget followed a motion moved by the leader of the House, Mr Timothy Owoeye and seconded by Mr Kamil Oyedele, the House Chairman on Finance and Appropriation at the plenary on Wednesday in Osogbo.

State Governor, Rauf Aregbesola had on December 28, 2017, presented a budget of N173.9 billion to the assembly.

Explaining the reason for the delay in the passage of the budget, Mr Najeem Salaam, the speaker of the house, said the lawmaker was being careful to present a budget that would be acceptable to the state.

Salaam urged the state governor to release the approved budget to Ministries, Departments and Agencies of government immediately funds is available.

He said this would allow the MDAs to function effectively.

The Speaker also urged all revenue generating agencies to improve their operations to enhance what the state is getting from the Federation’s account.

Speaking with newsmen men after the passage of the bill, Mr Olatunbosun Oyintiloye, House Committee Chairman on Information and Strategy, said that the budget was increased by N5.2 billion by the assembly.

Oyintiloye said the increase represents 3.03 percent from the original budget presented to the assembly by the governor.

The lawmaker said that he was satisfied with the approved budget christened ‘budget of enduring legacy’.

Also speaking, Mr Babatunde Olatunji representing ife north state constituency. said the budget is development driven purposely for good governance, which will cater for those in urban and rural settings.

The budget tagged, “budget of endurance” is the last of Governor Rauf Aregbesola led administration.