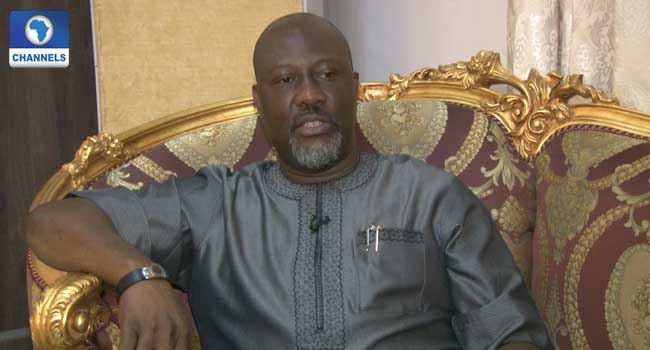 The Senator representing Kogi State, Senator Dino Melaye, has been released from detention.

The Senator was released after he was detained by officials of the immigration service at the Nnamdi Azikiwe International Airport, Abuja on his way to Morocco.

He told Channels Television that immigration officials told him that he is on the Interpol watch list and cannot be allowed to travel out of the country.

He took to his Twitter page to confirm his arrest.

I have just been arrested at the international wing of the Nnamdi Azikiwe airport on my way to Morocco for an official engagement sponsored by the Federal Govt after checking in.

His detention may not be unconnected to his refusal to report at the force headquarters in Lokoja the Kogi state capital for questioning.

But the police had on April 3, warned the Senator to appear in court ahead of his arraignment on May 10, 2018.

He is to be arraigned on a case of conspiracy and unlawful possession of prohibited firearms already filed before a Federal High Court in Lokoja, Kogi State.

Senator Melaye had earlier failed to honour the invitation and a court summon issued him by the Force on March 24.

However, the Immigration officials alleged that he was detained based on an order from Interpol.

The police have denied any connection with his arrest.

Dino is back home.

Why I’m Worried About Obasanjo’s Endorsement Of Obi – Wike