BBN: There’s A Lot Of Pressure On ‘Tolex’ But We’re Just Friends – Tobi 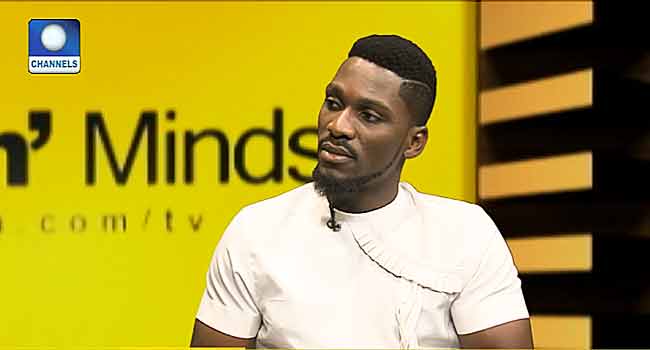 In a chat on Sunday with Rubbin Minds on Channels Television, the former housemate in the ‘Double Wahala’ season explained that while there’s been a lot of pressure on both, they have chosen to remain just friends.

The pair ‘Tolex’, who grew much closer towards the end of the reality show, have drawn so much attention to themselves even as their friendship appears to have waxed stronger outside of the house.

Tobi, however, maintained that although they both like each other a lot, they’ve decided to focus on achieving other dreams and taking advantage of the opportunities that come their way for now.

There’s No Love When My Bank Account Isn’t Smiling

“People have put pressure on Tolex, we are friends. Getting to know her more, I find her interesting, I think we like each other but then in the outside world it’s a different ball game.

“Of course that friendship is going to remain but at the same time, now we are open to a whole new world, new opportunities, we have to hustle, me personally,
there’s no love when my bank account is not smiling, my emotions are zero when I’m not yet where I want to be in life so for me, already have a lot of things I want to focus on and there are still a lot of people you’ll get to meet in your circle so you really don’t want to put that pressure on yourself, you can’t put all your eggs in that basket,” he said.

Also for Alex, Tobi believes there’s still so much for her to accomplish and even a lot more work to do in achieving her dreams because according to him, “she’s like a white canvass” and “any form of relationship that is not friendship will just be two of us holding each other back from a lot we can accomplish.

“As friends, I’ll be there for her, anyway she needs me, I’ll be there but when it comes to a relationship, that’s not the goal right now, he stated.

As regards other dreams he hopes to pursue, he said first on his list is photography which according to him, he is very passionate about.

He says in about a month or two, he would be having an exhibition that would enable him to showcase some of his work as well as that of other photographers as he believes the Photography industry in Nigeria is under-appreciated.

The former housemate who resigned from his banking job before the competition said asides acting and events hosting, he might also consider other creative aspects of banking in the future.