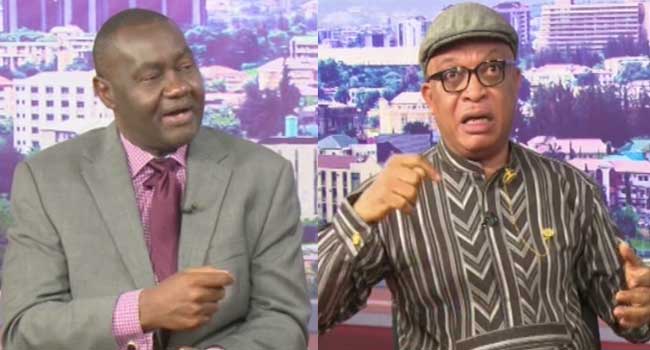 Several reactions have continued to trail the conduct of the All Progressives Congress (APC) ward congresses which held in several parts of the country on Saturday.

Some of the party chieftains from Rivers State on Monday expressed disagreement over the conduct of the ward congress on Channels Television breakfast programme, Sunrise Daily, where they both featured as guests.

While the Senator representing Rivers East, Magnus Abe insisted that electorates were scared by shooting from exercising their civic duties, Publicity Secretary of the APC in the state, Chris Finebone, maintained that the exercise was a success despite security threats.

“No congresses held in Rivers State. The timeline is clearly impossible for anybody to meet up with. I came to the police station at about five’o clock when I heard that a member of the House of Representatives was being detained at the police station and when I got there, nobody was there selling any form. No form was sold.

“SARS was in my own ward as early as eight. I was still in my bathroom when they were shooting in my village and I told everybody to withdraw. So you see pictures, all over the internet of voting in Senator Abe’s ward. At eight’o clock, nine’o clock, that (the shootings) was going on in my own ward,” Abe said.

However, the Publicity Secretary of the APC in the state, Chris Finebone maintains the exercise was a success despite attempts to frustrate the process. He insisted that forms were sold despite threats by some people who were agitating.

“We decided to take the bull by the horn and sell forms. The problem was getting those who have been agitating and choked up the secretariat to clear. Even when those who were given the task to sell the form tried to enter there (the Secretariat), the police advised them to enter the police station. (due to the agitations)

“They (those carrying the form) now called us to complain that they cannot enter the secretariat that until they clear the place, they won’t be able to sell the forms.

“That was why the commissioner of police now took action that they to them abandoning all they took from the secretariat. So forms were now sold around 5’oclock,” Finebone explained.

Senator Abe, however, claimed that the information which Finebone revealed on national television was not made available to any member or leader of the party.