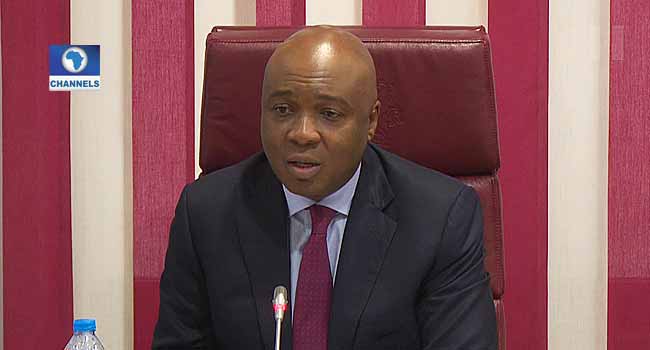 The Senate President, Dr Bukola Saraki, has challenged northern leaders to support the Federal Government in finding lasting solutions to the incessant killings in the region.

Senator Saraki made the call on Wednesday while addressing a delegation of the Northern Leaders and Stakeholders Assembly who visited him at the National Assembly.

He explained that peace and unity are essential to achieving the overall development of the country, and wants political leaders to consider dialogue as an option to solving the country’s security challenges.

“It is clear that this country now needs us to really address some of these issues. There’s no society that can be waking up every day with the kind of killings that we are seeing going on. There must be something wrong somewhere, that we must have to address.

“There must be things that we must also do to bring co-existence and to bring unity,” he stressed.

The chairman of the group and leader of the delegation, Tanko Yakasai, however, noted that the northern leaders are working to formulate methods of preventing and resolving conflicts in the region.

He said: “The main objective of the organisation is to promote the well-being of our people and together with other patriotic Nigerians to evolve a national blueprint that will address various problems confronting our nation.”

He also noted that “members of this organisation like other Nigerians are free to hold different opinions or make their preferred choices without hindrance from the Assembly.

“Although the Assembly is politically initiated, it has decided to be non-partisan. The Assembly is not a prelude to the formation of a political party,” he stated.

Bala Mohammed Calls For An End Of Insurgency In North-East