Nollywood actress Aisha Abimbola, popularly known as ‘Omoge Campus’ has been buried in Canada according to Islamic rites.

The pictures from the burial were shared on social media by her colleague, Lola Alao, who was also at the burial. 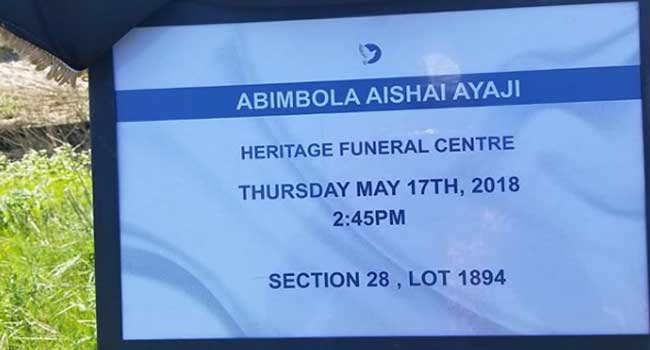 The actress died on Wednesday, a news which took most of her colleagues by surprise.

See Photos from the burial…

Special thanks to City of Toronto for immense support, family and friends. May the blessings of Ramadan abide with you all.