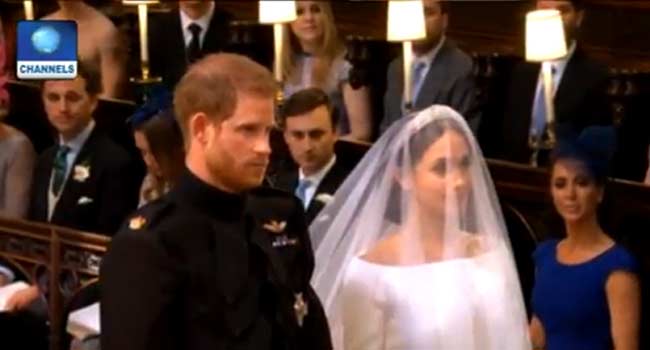 American actress Meghan Markle walked down the aisle of the 15th Century chapel in Windsor Castle where she will marry Prince Harry in a dazzling display of British pomp and pageantry.

After entering St George’s Chapel unescorted, Markle – wearing a dress designed by Clare Waight Keller – made her way towards the Quire, halfway down the church where Prince Charles will walk her to his son, Harry. 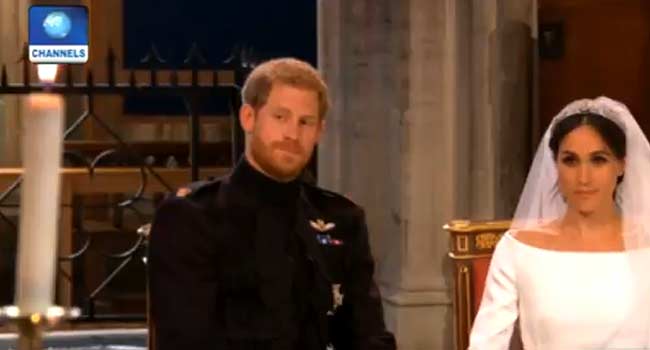 Prince Harry, dressed in a military frock coat uniform, and his brother, best man Prince William, waited for Markle at the altar.

Tens of thousands of fans lined the route Markle took towards the castle, waving British flags and cheering as the Rolls-Royce limousine drove past with the bride and her mother.

Air traffic controllers for the nearby Heathrow Airport, one of the world’s busiest, said the air space over Windsor was being closed for 15 minutes before the ceremony.

Hours before, Queen Elizabeth bestowed the title of Duke of Sussex on her grandson, a step that means the American actress, star of the TV drama “Suits”, will become a duchess when she marries Harry.