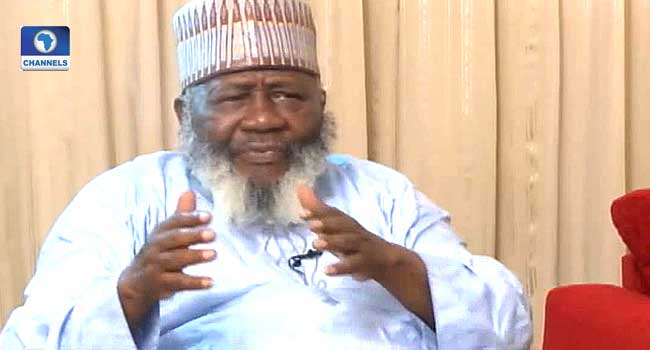 Former President Olusegun Obasanjo has described the life of the late Chairman of Independent Corrupt Practices and Other Related Offences Commission (ICPC), Honorable Justice Mustapha Akanbi as one that oozed with honesty and integrity.

He said these qualities made him appoint Akanbi as the pioneer boss of the anti-corruption agency.

In a condolence letter penned to the Akanbi’s eldest child, Akeem, the former President said he “was a distinguished Nigerian, an icon, a paragon of rightness and rectitude, whose life is devoted entirely to the service of his nation.”

Akanbi, he said further, was a distinguished Nigerian, a paragon of rightness and rectitude, whose life was devoted entirely to the service of his nation.

“He will be recorded by history as a Nigerian who embodies all the high points of our national achievements, and one of the very rare breeds of citizens who have combined total dedication, commitment and excellence in all national endeavours they have engaged in.

“All of these explain his conferment with the medal of the Commander of the Federal Republic of Nigeria (CFR) and appointment,” Obasanjo said.

He added that in 2000 when there was the need for someone to head the ICPC, out of about ten people he sought for advice from, seven-pointed at Justice Akanbi.

“His background and disposition were formidably humble, unassuming, and oozing with patent honesty and integrity. I lost no time in settling for him.

“With Justice Akanbi in charge of ICPC, I did not have to worry about how well.  He was, of course, a hands-on manager.  It is needless to say that for the first time in the history of Nigeria, the combined and complementary efforts of ICPC under him and EFCC under Nuhu Ribadu made Nigerians and non-Nigerians to know that corruption can be put in check and put to flight.”

Obasanjo, therefore, prayed that God will grant everyone associated with the deceased and the immediate family the fortitude to bear this irreparable loss.

“This great Nigerian will be very much missed by his family; members of the Nigerian and global legal family; his State of origin – Kwara State -; and the government and people of our country. However, we take solace in the fact that he left indelible footprints in the sands of time,” he added.

House Will Provide Funding For Fight Against Gender-Based Violence – Gbajabiamila

Abba Kyari Died In Service Of His Country – Obasanjo