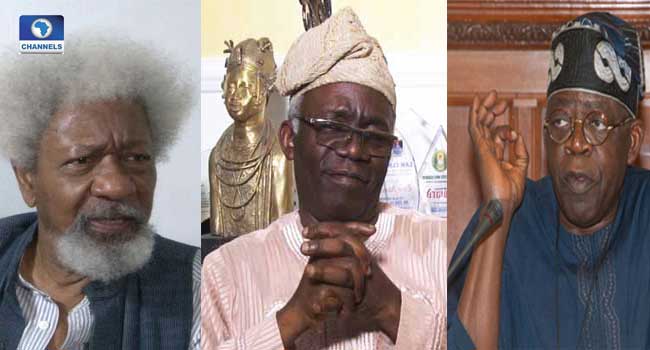 The Secretary to the Government of the Federation, Boss Mustapha on Friday released a statement with the list of guests invited for the ceremony of the conferment of national honours on Chief Moshood Abiola; late prominent lawyer, Gani Fawehinmi and politician, Babagana Kingibe.

2. Accordingly, Ambassador Babagana Kingibe, the family of the late Bashorun M.K.O. Abiola and that of Chief Gani Fawehinmi , along with the underlisted key players of June 12 struggle are cordially invited:

· Members of the National Executive Committee of the SDP including States Chairmen and Secretaries at the time of June 12, 1993

· Speakers of the States Assembly elected under SDP platform

4. Accommodation has been reserved for all invitees at the NICON Luxury Hotel, Tafawa Balewa Way, area 11, Garki, Abuja from Monday, 11th June 2018. For further inquiries please contact William Alo, Permanent Secretary, Special Duties Office, Office of the Secretary to the Government of the Federation by telephone on +234 803 585 4332.

5. Invitation letters have been despatched. However, should the invitation arrive late, this publication serves as a formal invitation.

Secretary to the Government of the Federation

289 Nigerians Stranded In US Arrive In Abuja

FG Extends Phase Two Of Eased Lockdown By One Week