Declaring Abiola President Will Do Justice To Nigeria’s History – Falana 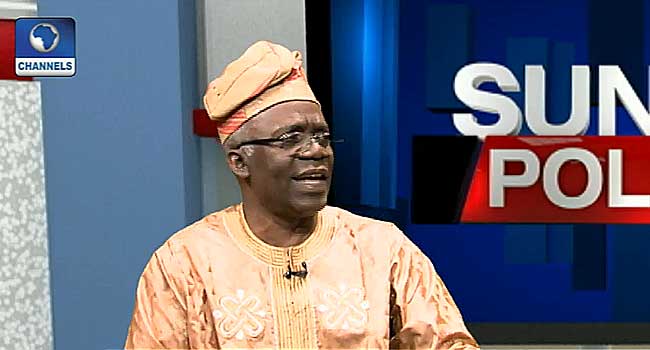 A Senior Advocate of Nigeria has joined voices with opinion leaders calling on the Federal Government to declare Moshood Abiola as Nigeria’s former President.

Abiola is the presumed winner of the June 12, 1993, presidential election

Femi Falana, who was a guest on Channels Television’s political programme on Sunday, also commended the Federal Government for conferring a posthumous national award of the Grand Commander of the Federal Republic (GCFR) on Abiola. He noted that this development is a starting point for the government.

“I do hope like the Senate did resolve that the results of the June 12 election should be officially announced so that the actual winner is proclaimed.

“This business of presumed winner should no longer be part of our political lexicon. The implication is that he was the elected President of Nigeria, but not allowed to assume office,” he said, adding that declaring him President will do justice to Nigeria’s political history.

Reacting to claims that the June 12 declaration as Democracy Day was merely a means to sway the people of the south-west region, Falana said such comments reduce the significance of the day.

The human rights activist explained that the June 12 struggle was a pan-Nigerian mandate.

“To say this is an attempt to sway the feelings of people in the south-west can sometimes be insulting.

“We need to put the record straight, some of those who led the struggle against the annulment are not from the south-west,” he added.

Falana claimed that two military officers lost their commission because of their position on the annulment of the election, a General and a Colonel.