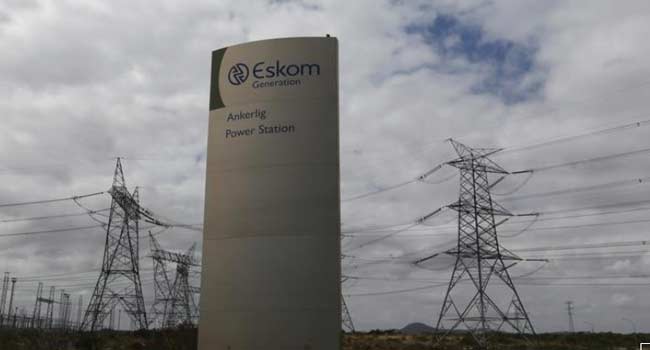 South Africa’s cash-strapped state utility Eskom said some of its power stations were operating below full capacity on Wednesday after union members blocked some staff from entering around 10 plants because of a wage dispute.

Two labour unions, angered by Eskom’s failure to raise salaries as it embarks on a cost-cutting drive, have warned that thousands of their members will march to Eskom’s headquarters on Thursday to keep up the pressure in the wage talks.

President Cyril Ramaphosa has made stabilising state-owned firms such as Eskom a priority since he replaced scandal-plagued Jacob Zuma in February, in an acknowledgement of the threat they pose to the country’s strained public finances.

A third union, Solidarity, is also unhappy with Eskom’s decision to keep salaries flat but did not protest on Wednesday.

“We have activated our contingency plans. All power stations are operating, some of them not at full strength,” Eskom CEO Phakamani Hadebe told a news conference.

He added that a dispute-resolution body would try to broker a wage deal between Eskom and the disgruntled unions.

Thava Govender, an Eskom executive responsible for generation, said shift workers had been intimidated as they arrived for work on Wednesday and that around 10 power plants were operating with reduced operating and maintenance staff.

Govender said Eskom was not able to quantify how severely power supplies had been affected but that it would become clear when demand peaked later in the day.

Power supplies could also be affected on Thursday as NUM energy coordinator Paris Mashego said unions could bring more than 20,000 out of a total of 47,000 Eskom employees to a picket at the utility’s headquarters in Johannesburg.

Zuma and the Guptas have denied wrongdoing but their relationship will be the focus of a government corruption inquiry that is due to start in August.

Ramaphosa oversaw the appointment of Eskom’s Hadebe on an interim basis in January in a bid to clean up governance and set the firm on a firmer financial footing. Hadebe’s appointment was made permanent last month.