Plateau Gets New Commissioner Of Police 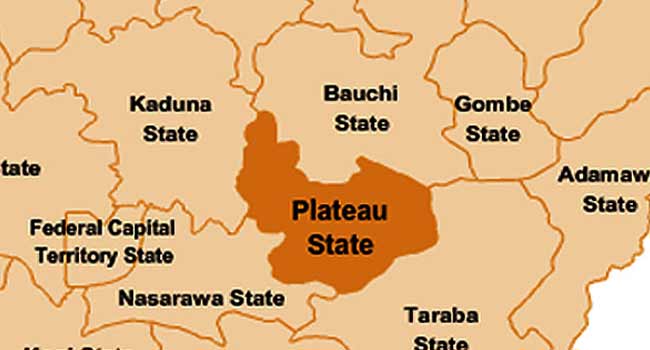 A new Commissioner of Police, Mr Bala Ciroma, has been posted to Plateau State.

This was confirmed in a statement by the Police Public Relations Office in the state, DSP Tyopev Mathias Terna on Tuesday (June, 26, 2018).

According to the statement, before Ciroma assumed the new office, he was the Deputy Commissioner of Police, Criminal Investigation and Intelligence Department (CIID) in Abuja.

Although reasons for the development were not stated by the Police, it comes in the wake of fresh attacks in the north-central state.

At least 86 persons were confirmed killed by suspected herdsmen during an attack on Gashish district of Barkin Ladi Local Government Area at the weekend.

Tyopev told Channels Television on Sunday that six people were also injured while at least 50 houses, two vehicles, and 15 motorcycles were razed.

He confirmed the casualty figure and destruction after a search and rescue team from the Plateau State Police Command visited the communities affected by Saturday’s attack.

Plateau State, which had previously enjoyed relative peace, has recently been hit by series of attacks mainly perpetrated by suspected herdsmen, resulting in the death of several persons.

Reacting to the resurgence, the Christian Association of Nigeria (CAN), has asked the Federal Government to review Nigeria’s security architecture in a bid to stem the rate of killings in the country.

CAN made the demand on Monday in a statement by Pastor Adebayo Oladeji, the Special Assistant on Media and Communication to the group’s president, (Rev) Samson Ayokunle.

The association lamented that despite assurances and promises by President Muhammadu Buhari that his government was committed to the safety of lives and property of Nigerians, “coordinated and premeditated” attacks have continued in Plateau and other states.

Furthermore, it called on the Federal Government not to rest on its oars until the perpetrators of the attacks are brought to book.

President Buhari, on the other hand, had accused politicians of taking advantage of the herdsmen-farmers’ crisis across the country for their personal gains.

In a statement on Monday by his Senior Special Assistant on Media and Publicity, Garba Shehu, the President said that although a number of geographical and economic factors are contributing to the longstanding herdsmen/farmers clashes, politicians were taking advantage of the situation.

He, however, called for calm in the troubled state.

While describing the attacks as painful and regrettable, the President assured residents that the perpetrators will be brought to justice.

The state governor, Mr Simon Lalong, also assured residents that the government remains committed to their security, and it is doing everything possible to ensure that perpetrators are not spared.