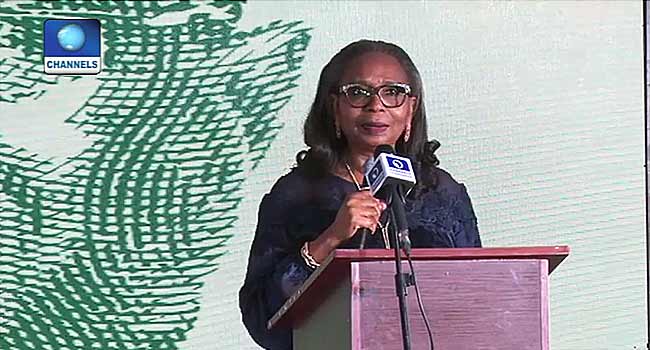 Nigerian business magnate, Mr Ibukun Awosika, has called for a review of Nigeria’s educational system, saying that future of the nation depends largely on the quality of education given to its youths.

According to her, a failure on the part of the government to equip the youths now, projects such a country as unserious and will consequently destroy the nation in future.

“Any nation that does not seriously commit in processes, now and for the future, to ensure that at every stage of its nationhood, there will be the right kind of people that will be able to take hold of that country, is not a serious country in any form.

She said this on Thursday while delivering a keynote speech in Lagos at an event marking the 55th birthday celebration of the former governor of Lagos State, Mr Babatunde Raji Fashola.

Awosika who spoke on the theme: The Youth In Nigeria, Mapping The Future, however, stated that the quality of the nation generally begins with the quality of values of each individual home.

“Of every black man on the face of the earth, one is a Nigerian. We’re 25% of the population and at the end of the day, if you have 42% as young people, without a plan mapped out for their future, we have a crisis,” she stressed.

“If we leave literally half of our population without equipping or empowering them in an objective, sustainable manner, those who are in power, in wealth, in whatever opportunity we think we have now, there are seasons for everything.

“When the season changes and we’re no longer able (no matter how much you have), if we do not build the right generation to run the next season, they will destroy the country”.

Using herself as an example, she said herself as well as many other Nigerians who have been recognised in one way or the other across the world, are proud products of the nation’s education system.

She, therefore, stressed that it is possible to groom great Nigerians that will take over the state of affairs in the near future.

However, Awosika believes that it is only possible if the government and stakeholders review key areas of the nation’s infrastructure such as the education and health sectors, among others.

“What are those things that we must do to make sure that the future works for all of us.

“We need to create the right environment and it starts from our educational system.

“We need to harmornise our educational system with what the real sector requires.

“We need to look at the trends of now and the trends of the future and see what knowledge will be relevant in the marketplace of today.

“What knowledge are the employers of labour searching for?

“And we must ask ourselves, the schools that run right now, the quality of teachers that we have, the education that we are offering, does it meet that need or are we just churning people out of institutions with certificates but that employers of labour find unemployable because they lack the necessary skills?

“We have many gaps within our ecosystem and there are many areas where we need real specific talents.

“We have the human beings, we have the school walls but we need to review the knowledge that we are imparting between what we are teaching them and what we actually require,” she said.