Abacha Loot Should Be Transferred To Poor Nigerians, Not NASS – Issa Aremu 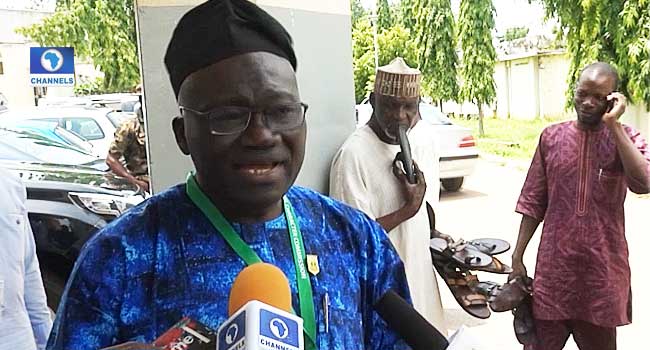 A former Vice President of Nigeria Labour Congress, Issa Aremu, has supported the Federal Government’s decision to share the recovered Abacha loot as payouts to poor families, through the conditional cash transfers.

In an interview with Channels Television In Kaduna, Mr Aremu condemned the recent call by members of the House of Representatives to pay the repatriated monies into the consolidated revenue account rather than distribution to the federating units.

The labour leader believes it is wiser for the government to give the poorest Nigerians the recovered cash as a matter of right, rather than what he calls “undignified handouts”.

“I want to support the position of the Federal Government that this money should be distributed directly to the poorest Nigerians.

“It was cash looting, it has to be cash transferred back to the poor people.

“The money should not go to National Assembly because you know the budgeting process in this country – it is a bottomless pit in which few legislators with their MD executives share a lot of these resources between themselves and I think I want to support the social investment programme which is already in place, supported by the world bank,” he said.