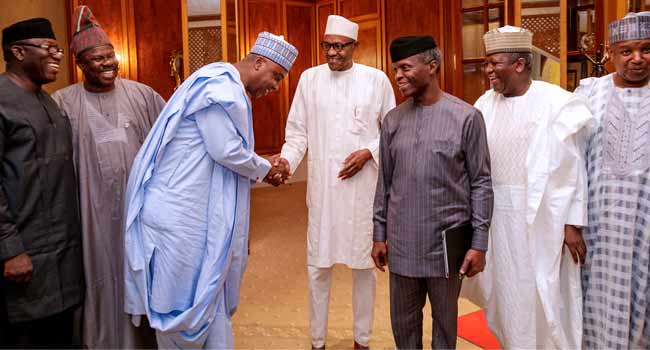 President Muhammadu Buhari on Thursday met with the President of the Senate, Dr Bukola Saraki, and some state governors in Abuja.

The meeting, which held behind closed doors at the Presidential Villa, was also attended by the Vice President, Professor Yemi Osinbajo.

READ ALSO: Buhari Asks Doctors To Seek Other Means Of Negotiation, Not Strikes 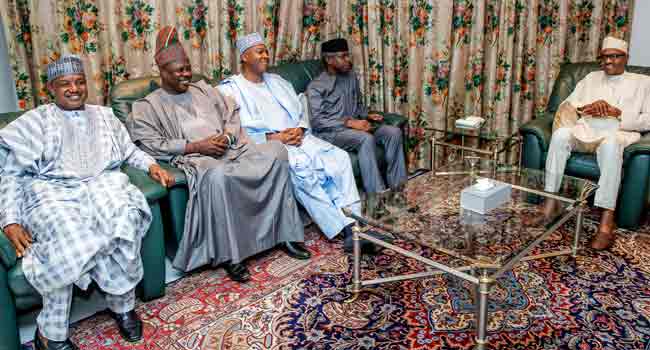 The governors in attendance are Abdul’Aziz Yari of Zamfara, Ogun’s Ibikunle Amosun, Atiku Bagudu from Kebbi, and Aminu Masari of Katsina State.

However, neither the Senate President nor the governors commented on the purpose of the meeting when it ended. 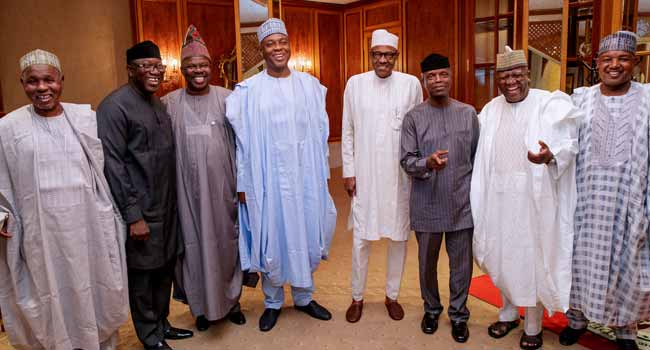 The meeting held one day after the Senate President and some governors met with the National Chairman of the Peoples Democratic Party (PDP), Uche Secondus.

Governor Wike had told reporters after the closed-door meeting that there was nothing wrong for political friends to come together and discuss.

“As top officials, we have come here to rally round him (Baraje) at this moment that he lost his lovely mother. We came here only for that purpose and even if you say the meeting is for politics, of course, when you see your colleagues, you need to chat and compare notes from what you have been doing,” he had said.