Imo State Governor Rochas Okorocha believes the remaining governors on the platform of the All Progressives Congress (APC) will not leave the party.

Okorocha, who is the Chairman of APC Governors’ Forum, said this on Wednesday after the governors met with President Muhammadu Buhari at the Presidential Villa in Abuja.

“Three of our colleagues (governors) left our party; this is politics, it is unfortunate that they had to go but that has not in anyway reduced our party or touched us in any way,” he told State House correspondents.

“We are still strong and much more united. We have 22 states and we are hoping to get more into our party. So, we are here to make Mr President know that we are with him and that nobody his leaving the party anymore.”

The governor said they had been aware for some years that those who defected were going to leave because they were requesting for what the party could not afford to give them.

He, however, noted that despite the exit of three members of the forum, the APC remains stronger and more united.

He said while the departure of the governors was unfortunate, the party was delighted that Nigerians were aware of the truth and “there is no deceit anymore”. 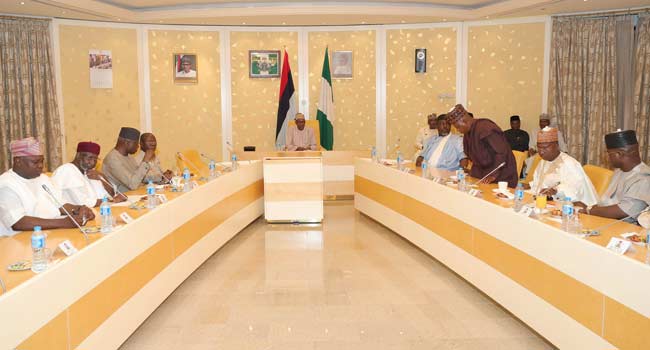 Governor Okorocha noted that the solidarity visit to the President was simply to assure him that the 22 members of the forum were still resolute in their stance with the ruling party.

The governors, who were led to the State House by the APC National Chairman, Adams Oshiomhole, include Abiola Ajimobi (Oyo), Nasir El-Rufai (Kaduna), Ibikunle Amosun (Ogun) and Aminu Masari (Katsina). 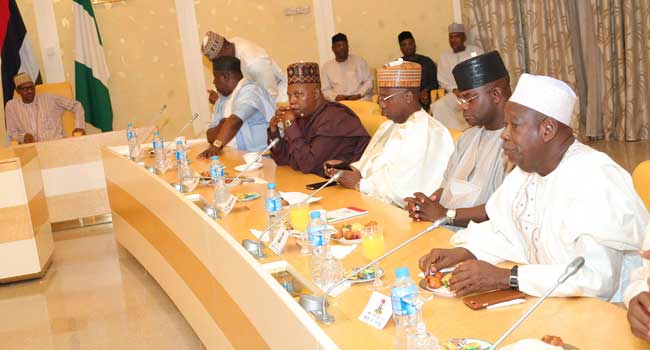 Meanwhile, the Chief of Staff to the President, Mr Abba Kyari, as well as the Secretary to the Government of the Federation (SGF), Mr Boss Mustapha, were also present at the meeting. 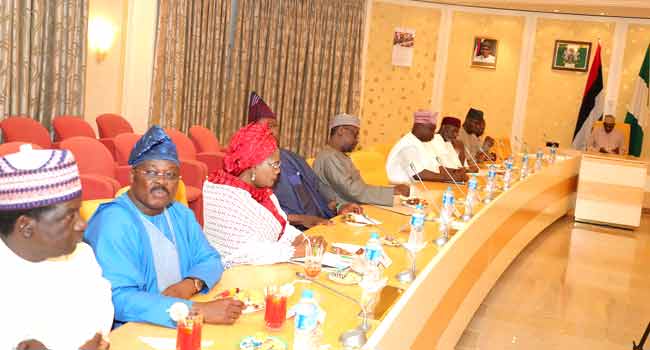 The governors met with the President following the defection of three members of the forum to the Peoples Democratic Party (PDP).

Governor Samuel Ortom of Benue State defected on July 25 while the governors of Kwara and Sokoto states, Abdulfatah Ahmed and Aminu Tambuwal, announced their exit from the APC on Tuesday and Wednesday respectively.

The Week In Photos: Covid-19 Pandemic, Full Moon And A ‘Kidnapper’s’ Display