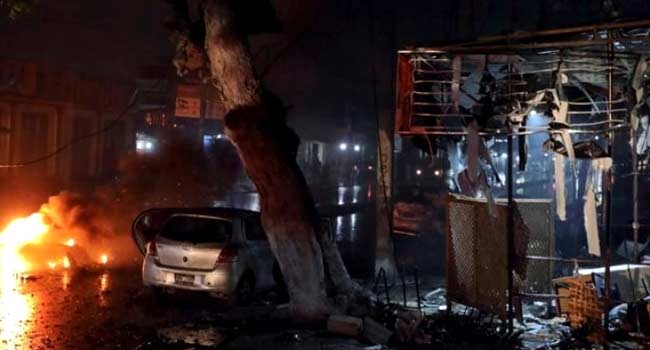 A car bomb exploded along the main street of Somalia’s capital Mogadishu on Sunday, according to police, and a Reuters witness said he saw three dead bodies after the blast.

Police said a car bomb parked in front of a restaurant at the busy street of Maka al Mukaram had exploded.

The front of the restaurant had been destroyed, blood stained the floor and chairs had been strewn around by the blast.

“A car bomb exploded at a parking in front (of) a restaurant,” Major Abdullahi Hussein, a police officer, told Reuters.

Abdikar Abdirahman, director of Amin ambulance services said, “so far we have taken 2 dead people and 7 others are injured.”

A Reuters witness said he saw three dead and the wreckage of three cars and a tuk-tuk.

Somalia has been convulsed by lawlessness and violence since 1991. Islamist group Al Shabaab is fighting to dislodge a Western-backed government protected by African Union-mandated peacekeepers.