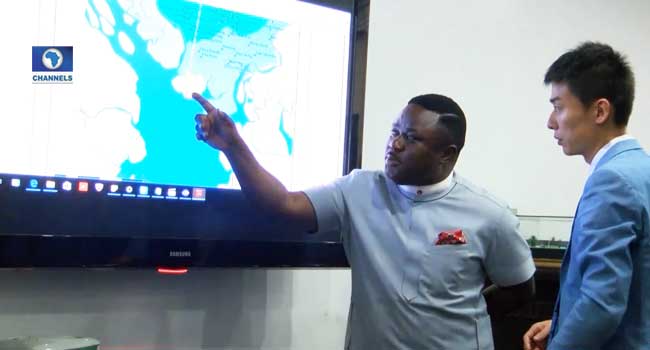 At a presentation by a team of Chinese engineers led by Mr Jason Wang on Friday, the governor announced that full-scale construction work will begin as soon as the rains subside.

According to him, one of the special features of the Bakassi Deep Seaport is its access to the 275 kilometres evacuation corridor which connects to some other states.

He said, “The Government of Professor Ben Ayade and indeed the people of Cross River State, have focused on creating an alternative income by decoupling ourselves of our dependence on Federal Government allocations.

“It is against that background that the Bakassi Deep Seaport with an evacuation corridor is borne.

“The special advantage of our Bakassi Deep Seaport is its access to a wide armada of great opportunity via her evacuation corridor.

“Therefore, I will call on the patience of the people of Cross River State, the commitment of will and the prayers of everyone to ensure that this noble project comes to its realization and once the government, which is the client, gives approval to this, a detailed design will be ready in no distant time at the onset of the next dry season.

“It is my wish and prayer that the people of Cross River State will rise beyond the boundaries of politics and focus heavily on the future of our young people,” he said.