In a statement on Saturday by the Resident Electoral Commissioner in the state, Obo Effanga, the electoral umpire said the decision was necessary following the violence that marred the exercise.

“As a result of this widespread and wanton disruption of the electoral process as reported from the field by the Supervisory Presiding Officers and Supervisors from the Commission and also, having reviewed the situation, the Commission in accordance with the provisions of Section 26 of the Electoral Act 2010 (as amended) has decided to suspend the elections forthwith,” the statement read. 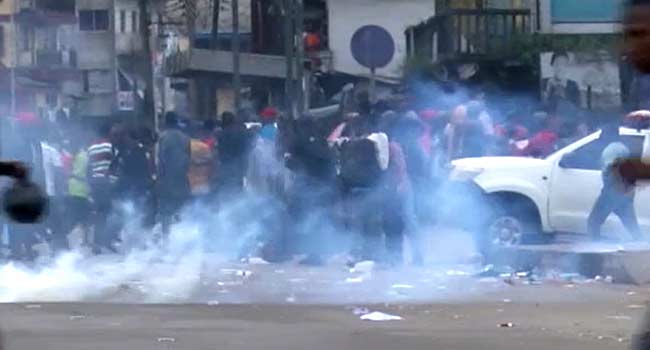 INEC said it was fully prepared for the poll which held earlier in the day and had deployed its personnel and electoral materials in the 142 polling units where the poll was conducted.

It noted that the election commenced peacefully in all the units while the ad-hoc and permanent personnel reported to their duty posts with all the materials well ahead of time.

The Commission, however, alleged that the election was disrupted midway by hoodlums who were accompanied by heavily armed security personnel in uniform.

INEC said the hoodlums also destroyed and carted away some election materials, including smart card readers and ballot boxes.

It said many electoral officials were manhandled and injured while some were held hostage.