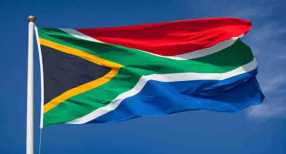 The South African Poultry Association (SAPA) has filed a legal action to force the government to suspend a quota that excluded imports of U.S. poultry from South Africa’s anti-dumping tariff, a senior official with the association said on Tuesday.

The decision by SAPA was a response to the Trump administration’s decision to include South Africa among countries subject to U.S. tariffs on their aluminium and steel exports.

“We’ve pulled the trigger,” Marthinus Stander, chairman of SAPA’s broiler organisation, told Reuters, referring to the legal action the association had threatened for more than a month.

SAPA argues tariffs of 25 per cent on steel and 10 per cent on aluminium imports imposed by Washington earlier this year violated the 2015 quota agreement.

That deal – agreed as part of the renewal of South Africa’s benefits under the United States’ flagship trade legislation for Africa, AGOA – allowed U.S. producers to export 65,000 tonnes of so-called “bone-in” poultry to the South African market.

South African Trade and Industry Minister Rob Davies acknowledged that the government had received the court papers but declined to comment further.