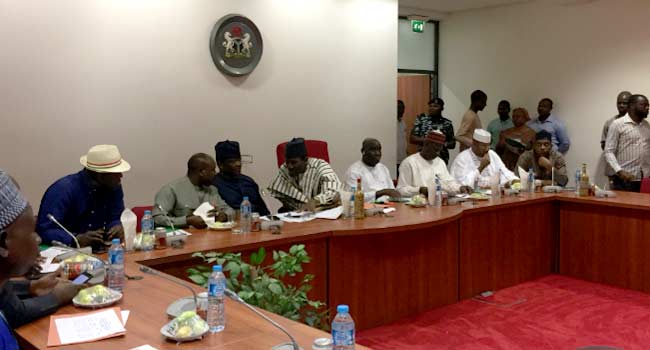 The Joint Committee of the Senate and House of Representatives Committees on the Independent National Electoral Commission (INEC) has adopted a budget of N143billion for the funding of the 2019 general elections.

Chairman of the Senate Committee on INEC, Senator Suleiman Nazif, disclosed this to reporters on Monday in Abuja.

This followed a meeting of the Joint Committee held behind closed doors at the National Assembly complex in the nation’s capital.

Senator Nazif explained that after much deliberation, the Committee decided to adopt the sum of N143bn forwarded to Parliament by President Muhammadu Buhari and not the N189bn proposed by INEC.

Earlier, President Buhari asked the National Assembly to transfer N143bn from projects it inserted into the 2018 budget to fund next year’s elections, while a balance of N46bn should be included in the 2019 budget.

He had also criticised the lawmakers for reducing allocations for some projects and including thousands of others into the 2018 budget without consulting with the Executive.

INEC, on the other hand, requested for both N143bn and N46bn in one tranche to conduct the general elections.

The Joint Committee, however, asked the electoral body to resubmit a budget of N143bn to the National Assembly.

JUST IN: Blackout In Abuja, Lagos, Others As National Grid Collapses