Obama Re-Enters Political Fray: ‘What Happened To The Republican Party?’ 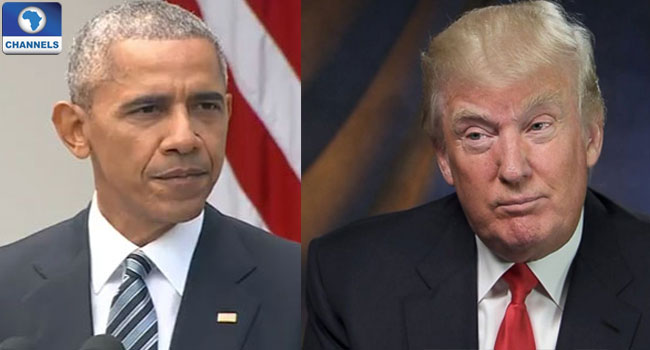 Former US president Barack Obama returned to the political fray on Friday, forcefully rebuking his successor Donald Trump and the Republican Party before hitting the campaign trail for Democrats.

Since leaving office, Obama had avoided directly criticizing Trump and made a calculated effort not to utter his successor’s name.

But that changed on Friday.

“What happened to the Republican Party?” Obama asked an auditorium packed with college students who greeted him with a roaring standing ovation.

“They’re undermining our alliances, cozying up to Russia,” he said.

The party’s “central organizing principle in foreign policy was the fight against communism and now they’re cozying up to the former head of the KGB.”

The former president’s remarks in Illinois came ahead of series of campaign stops to help fellow Democrats running in the November midterm elections.

Democrats are hoping to ride an anti-Donald Trump “blue wave” to gain seats and secure control of the House of Representatives, the lower chamber of Congress, and are also battling for seats in the Senate.

The speech was a preview of the arguments Obama is expected to make on the campaign trail.

‘Stand up to bullies’

Former Obama communications director Dan Pfeiffer said on CNN that Obama can effectively reach voters in parts of the country he won in 2012, but which voted for Trump in 2016.

“Obama is a great messenger to get them to vote for Democrats,” Pfeiffer said. “If I was the Republicans, I would be very nervous about this.”

In his speech, Obama criticized the divisive politics of the Trump era, decrying attacks on the freedom of the press, the justice system, and numerous other controversies.

“It shouldn’t be Democratic or Republican to say we don’t target certain groups of people based on what they look like or how they pray. We are Americans. We’re supposed to stand up to bullies, not follow them,” he said to applause.

“And we’re sure as heck supposed to stand up clearly and unequivocally to Nazi sympathizers,” Obama said, taking aim at Trump’s failure to quickly and directly condemn neo-Nazis who marched last year in Charlottesville, Virginia.

In an uncharacteristic move, Obama directly named Trump, saying the current president was a “symptom, not the cause” of broader ailments in the nation’s politics.

“He’s just capitalizing on resentments that politicians have been fanning for years,” he said.

Obama also criticized recent Republican policy moves such as the $1.5 trillion in tax cuts that ballooned the nation’s budget deficit, but which party leaders hoped would be a winning issue during midterm campaigns.

“It’s supposed to be the party… of fiscal conservatism. Suddenly deficits do not matter,” Obama said.

The former president implored the young audience to vote in the upcoming election.

Historically, midterms are lightly attended and Obama made a point of reminding his audience that only one in five young people voted in the 2014 midterm election.

“The biggest threat to our democracy is cynicism,” Obama said.