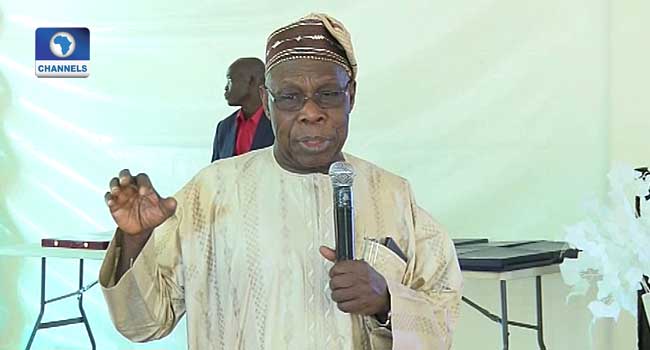 Former President Olusegun Obasanjo has criticized the Federal Government for the recent ranking of the country as the poorest in the world.

While addressing the Lagos State chapter of the African Democratic Congress (ADC) executive members in Abeokuta, the Ogun State capital, Obasanjo said the nation’s poverty index cannot be separated from the current administration’s handling of the economy.

“India is with a population of 1.3b and Nigeria is about 800m, yet, we still have the poorest citizens in the world. Nigeria does not deserve this, and this is the truth,” a statement by his media aide, Kehinde Akinyemi said on Wednesday.

Obasanjo also criticized President Muhammadu Buhari’s second term bid, calling on Nigerians to be united in getting the right leadership for the country.

“As you rightly said, this is a hard time economically for us all, except the very few. Is that the type of leadership you want to have for another four years?

The former president also urged leaders of the ADC in improving the nation’s economic situation rather destroying it.

He also praised the party for allowing women to actively participate in politics, saying development was a true reflection of the society.

774,000 Jobs: Lawmakers Not Empowered To Give Directives To Executive, Says Keyamo