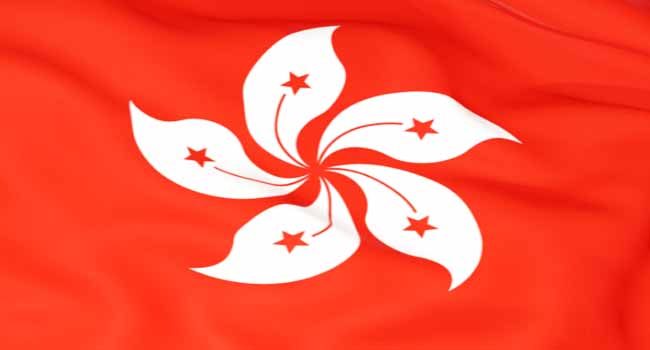 Hong Kong on Monday banned a political party which promotes independence, calling it a threat to national security, as Beijing clamps down on challenges to its sovereignty.

It was the first ban on a political party since the city was handed back to China by Britain 21 years ago. The foreign ministry in London expressed concern at the move.

Semi-autonomous Hong Kong enjoys freedoms unseen on the mainland, including freedom of expression. But the space for dissent is shrinking in the face of an increasingly assertive China under President Xi Jinping.

Hong Kong’s security minister John Lee said he had upheld a police request to ban the Hong Kong National Party “in the interest of national security, public safety, public order, and the protection of rights and freedom of others”.

HKNP is a well-known but tiny group with a core membership of only around a dozen.

Lee told reporters the party “has a very clear agenda to achieve its goal of Hong Kong being made an independent republic”, saying that contravened the city’s mini-constitution, the Basic Law.

Lee said the party had tried to infiltrate schools and had spread “hatred and discrimination” against mainland Chinese people in Hong Kong.

HKNP had also said it would not stop at force, Lee added, but he conceded it had never committed violence and that its leader Andy Chan had advocated non-violence.

Britain’s Foreign Office (ministry)said in a statement it was “concerned” at the move, noting it was the first such ban since the handover.

“The UK does not support Hong Kong independence, but Hong Kong’s high degree of autonomy and its rights and freedoms are central to its way of life, and it is important they are fully respected,” it added.

Human Rights Watch called the ban “a milestone in the Beijing and Hong Kong governments’ assault on Hong Kong’s freedoms”.

Lee’s justification that the move was pre-emptive, even though the group had not committed violent acts, set a “dangerous precedent” that could see more pro-democracy groups banned, said HRW’s senior China researcher Maya Wang.

Police requested the party ban in July under the Societies Ordinance, which stipulates groups can be prohibited in the interests of national security and public safety.

The bid was slammed by rights groups.

But pro-independence campaigners including Chan have since been blocked from standing for office, and others disqualified from the legislature.

Leading independence activist Edward Leung was jailed for six years in June on rioting charges after clashes with police in 2016.

HKNP has lost momentum over the past two years as the government seeks to muzzle pro-independence sentiment.

However, the party was back in the headlines after police sought the ban. Chan later gave a high-profile talk at the city’s press club which Chinese authorities demanded should be canceled.

Chan described Beijing as Hong Kong’s “colonial master” in his speech to a packed audience at the Foreign Correspondents’ Club in August.

China’s ministry of foreign affairs had asked the FCC to cancel the talk but it refused, arguing that different views should be heard in any debate.

The Hong Kong government said that while it supported freedom of speech and the press, allowing Chan to speak contravened the city’s mini-constitution.