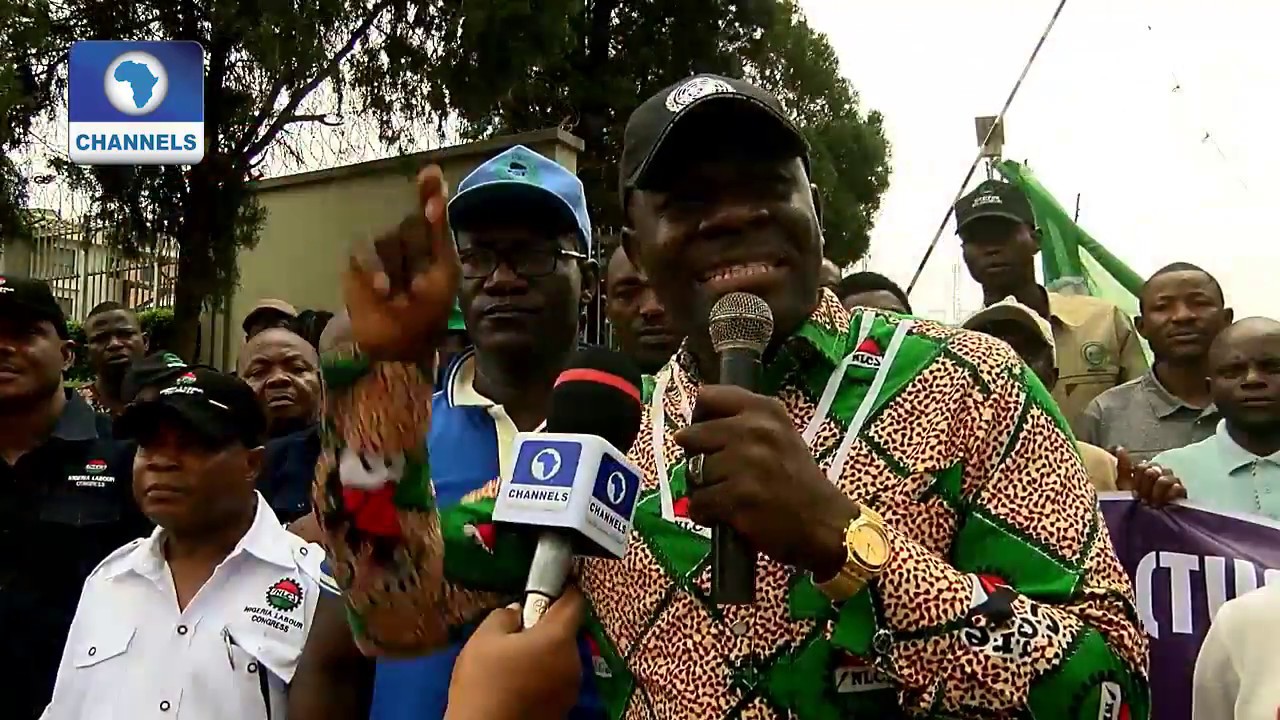 The Nigerian Labour Congress (NLC), has vowed to shut down the Lagos airport and other facilities in the state, following the organisation’s directive to commence a nationwide strike.

The NLC Vice President, Amaechi Asugwuni, who was addressing journalists on Thursday, while aggrieved workers embarked on a protest in the Alausa area of Lagos, said the decision was in compliance with directives of the national leadership of the union.

“From here, we are going round Lagos to ensure that every institution is indeed shut down. Today if the airport is opportune to open today, I am very sure that they will not open tomorrow. Nobody flies in this country,” he said.

The comments come less than 24 hours after the Federal Government held a meeting with the national leadership of the NLC to reach a conclusion over the new minimum wage.

The meeting, however, ended in a deadlock.

Consequently, the NLC directed all its members and affiliate unions to commence the industrial action.

NLC President, Ayuba Wabba, had insisted that there was no going back on the nationwide strike, as the Federal Government had failed to meet their demands.

The VP, Asugwuni maintained that the workers in Lagos State would ensure full compliance with the industrial action.

Furthermore, he accused the Federal Government of being insensitive to their needs and denying workers an opportunity to an enhanced wage across the federation.

He said, “The indefinite adjournment of the minimum wage is a ploy to deny Nigerian workers an opportunity to earn an enhanced wage. We will refuse it, we will resist it and we will do everything within our power to ensure that indeed struggle and liberation come by what we are doing.”

Strike: Ngige Did Not Invite Us To Any Meeting On Thursday – ASUU