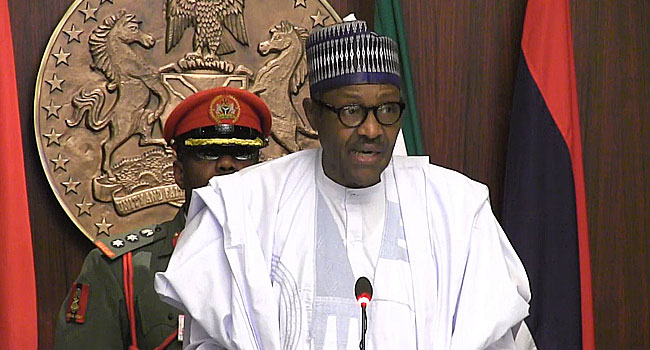 President Muhammadu Buhari has condoled with the Nigerian Air Force (NAF) over the air crash in Abuja which involved two fighter jets and led to the death of one pilot.

The President in a statement signed on Friday by his Senior Special Assistant on Media and Publicity paid tributes to the gallantry of the officer, Squadron Leader MB Baba-Ari, who died in the crash.

He also wished the two other wounded officers’ quick recovery.

In a condolence message delivered on his behalf by the Chief of Air Staff, Air Marshal Abubakar Siddique, at the burial of the officer on Friday in Abuja, President Buhari extolled the virtues of the dead pilot.

He said the pilot laid down his life in the service of his fatherland at a time that patriotic citizens were needed to join hands to move the nation forward.

He assured that having paid the supreme sacrifice, the nation would not forget the late officer.

He prayed that God will grant the soul of the departed eternal rest and assured family members that the country will not abandon them.

Shehu in the statement added that the representatives of the President also visited the two other officers, Squadron Leader Abatuba and Flight Lieutenant Ambi, in the hospital and conveyed the President’s good wishes to them.

The President wished them a quick recovery, assuring them the hearts of Nigerians are with them and are praying for them as they make a quick return to good health.

He assured that the country will do whatever it takes to ensure that they are back on their feet in excellent state.