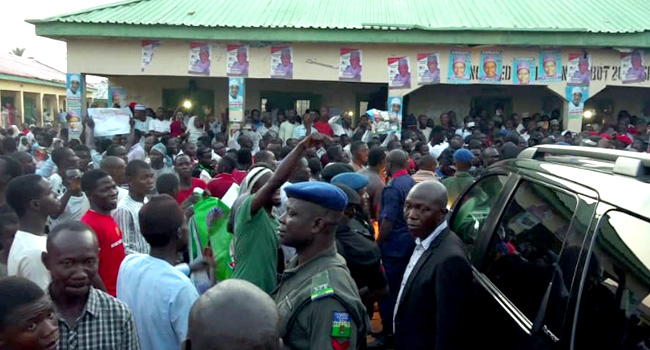 An angry crowd on Monday prevented Governor Muhammed Abubakar from voting at his ward during the governorship primaries of the All Progressives Congress (APC).

The election that took place in several Local Government Areas (LGAs) of the state was disrupted and voting could not take place.

Following the development, some aspirants withdrew from the election and called for its cancellation on the grounds that they lack faith in the process.
Details later…