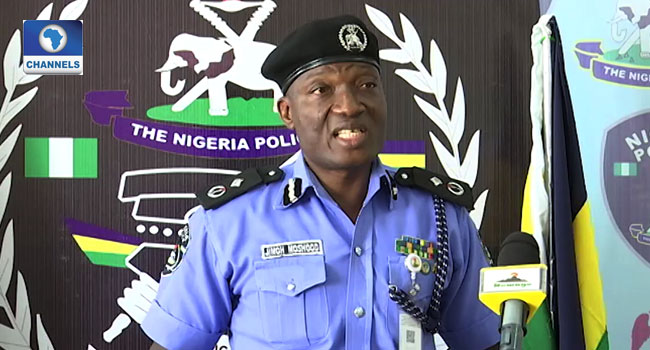 The Nigeria Police force has paraded 16 suspected kidnappers and ritualists.

The Force Public Relations Officer, Deputy Commissioner Of Police, Jimoh Moshood, while parading the suspects in Abuja on Saturday vowed that the suspects will be prosecuted, once found guilty by a court of law.

Moshood said the suspects confessed to killing and butchering their victims after kidnapping them.

He added that the suspects also confessed to delivering the body parts of their victims to sponsors who give them huge sums of money in return.

“During interrogation, the gang leader Yakubu Hamidu and his members now in Police custody confessed to the crime and admitted that they were responsible and working for Alhaji Ibrahim Alli aka Allims and Alhaji Sharibu Adamu aka Aye Marina whom they hand over the body parts to after killing their victims and severing the body parts,” he said.

According to him, the suspects confessed to have killed many persons in Ankpa, Kogi State including a Police Inspector attached to Ejule Police Outpost in Ofu Local Government Area of the state.

He added that other suspects linked to the crime but still at large will be arrested and prosecuted.