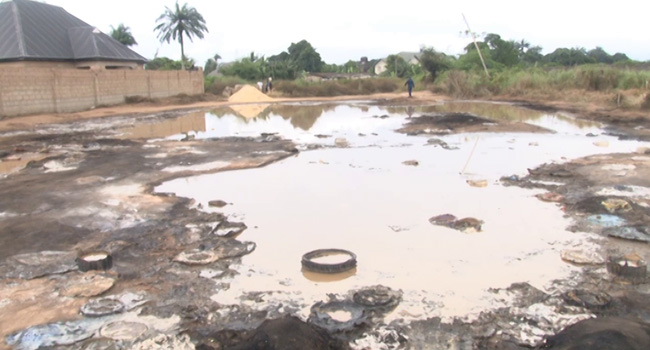 Commissioner of Police in the state, Mr Anthony Ogbizi, disclosed this while addressing journalists on Monday at his office in Umuahia, the state capital.

According to him, no fewer than 20 people died in the fire incident.

The police commissioner added that the Command has launched an investigation to ascertain why petroleum product was pumped into the pipeline which was said to be undergoing maintenance.

“We can’t give you an accurate number now. On the whole, for now, we can put the death doll at 24,” he said.

Mr Ogbizi urged families of the victims affected to remain calm and resist the temptation of taking the law into their hands.

He assured them that the relevant government agencies were already putting measures in place to mitigate the effect of the incident and prevent a reoccurrence of such incident.

A portion of the pipeline had exploded in Umueze community on Friday last week, killing more than 16 people in the process.

Eyewitnesses told Channels Television that the incident occurred when some residents attempted to scoop fuel from a wrecked pipeline.