Killing Of Aid Worker: BBOG Protests In Abuja, Demands Release Of Others In Captivity 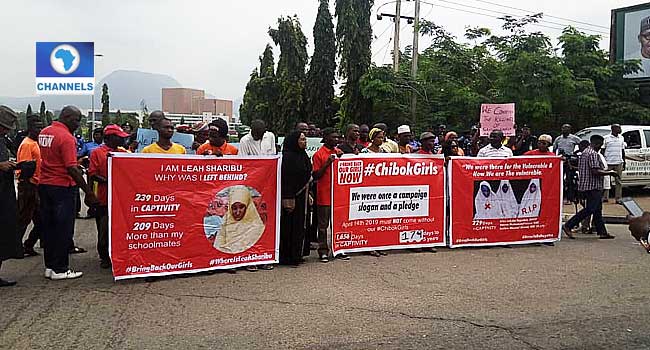 The Bring Back Our Girls (BBOG) campaign group is currently protesting in Abuja following the killing of another aid worker, Hauwa Liman, by Boko Haram insurgents on Monday.

In a statement by its spokesperson, Nifemi Onifade, issued on Monday, the group said it was deeply saddened by the news of her death, despite several appeals to the government to take action to secure the release of all those in captivity.

The statement read, “It is with deep sadness that we receive the regrettable news of Hauwa Liman, today on the 15th of October, 2018. Hauwa was a humanitarian aid worker, working with the International Committee of the Red Cross (ICRC) at the time of her abduction with her colleagues, Saifura Ahmed and Alice Ngadahh – whom we now collectively refer to as the #RannWomen.

“The news we have received suggests that she was killed in a similar manner as Saifura was, about a month ago, following a threat by the terrorists to do so.

“We had been monitoring the situation since their abduction 228 days ago. We have since made numerous demands to the government, asking for actions that will ensure their safe return during a number of marches and as contained in our letter to the President earlier today”. 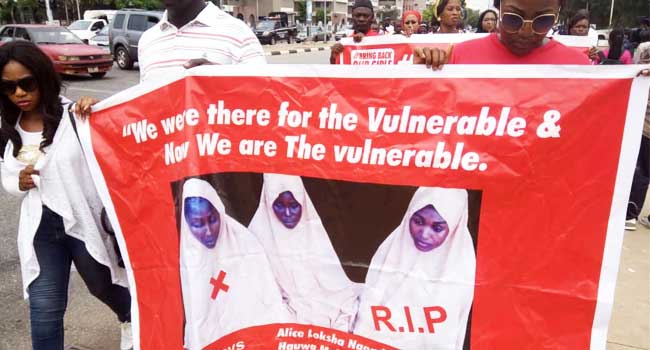 The group, therefore, said it is embarking on the protest to make more demands to the Federal Government to ensure that the remaining captives including Leah Sharibu, (the only one out of the 110 girls abducted at the Government Girls’ Science and Technical College, Dapchi, Yobe State), are released safely.

“For Alice Ngaddah, Leah Sharibu, our 112 #ChibokGirls and others in captivity, it is not too late.

“We will go ahead with a planned protest to the Presidency tomorrow to carry our increased demand to the Federal Government, led by President Muhammadu Buhari.

“We ask that members of the public join us (tomorrow October 16) as we set off from the Unity Fountain at 9:00 am.

“We also ask for prayers for Hauwa’s family, her colleagues and others in captivity,” the statement read.